Last month we posted about beetles used to combat purple loosestrife in the Oaks Bottom Wildlife Refuge. Thanks to the warm and dry weather over the last several weeks, conditions at Oaks Bottom have changed and the beetle population has boomed. Over the past weekend, many of the beetles migrated into the Sellwood neighborhood in search of more food, and neighbors there are reporting damage to plants and gardens. 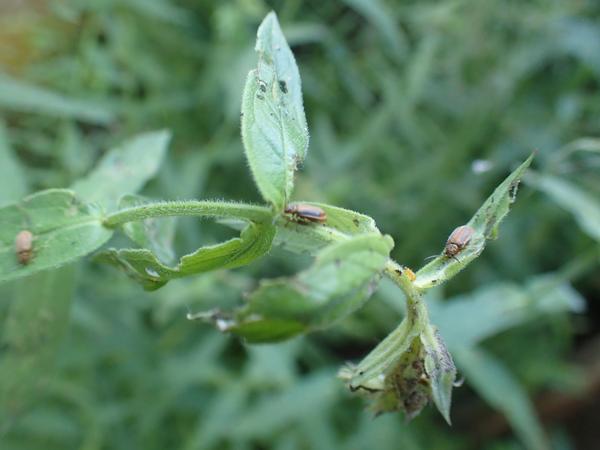 The good news is that the beetles were very effective in damaging the expansive purple loosestrife, an invasive plant that reduces plant diversity in natural areas by choking out native plant species. In addition, dense purple loosestrife can reduce drainage flows by slowing the flow of water and causing sediment accumulation.