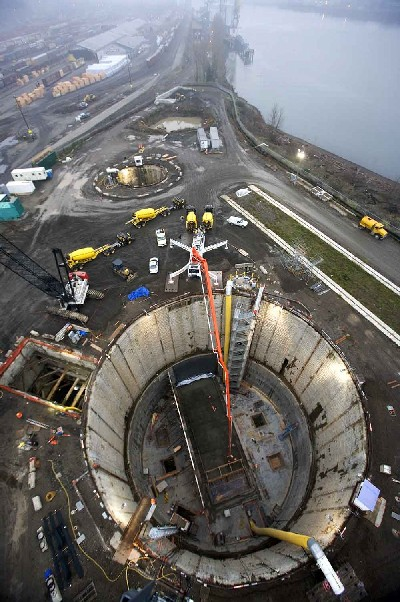 If Portland invested $1.4 billion in CSO control, why do we still have combined sewer overflows?

Environmental Services explored several CSO control options. The option that eliminates most, but not all, overflows was the most cost-effective way to improve river health while also recognizing the impact of sewer rates on our customers. The Oregon Department of Environmental Quality approved that option in accepting the city’s 1994 CSO management plan.

Ratepayer investments in the program reduce CSOs to the Columbia Slough by 99% and to the Willamette River by 94%. Today, both the river and slough are much healthier for recreation and for wildlife.

How much would it have cost to completely eliminate CSOs?

This approach would have required construction on streets around the city, from the west hills to SE 82nd Avenue and from the Columbia Slough to Johnson Creek. It would also have required the city to build a treatment plant or other facilities to treat stormwater the new system collected.

Reaching 100% CSO control would have resulted in much higher sewer rates and higher system maintenance and operation costs, but would not have significantly improved river health. Investments in CSO control projects ended in 2011, but Environmental Services continues working on many other projects that improve river health.