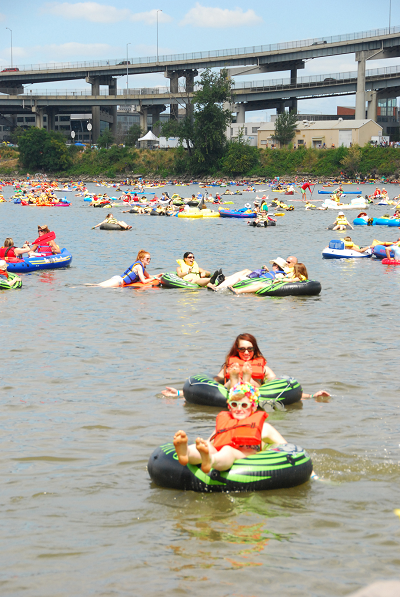 Since Environmental Services completed its program to control combined sewer overflows (CSOs) in November 2011, the Willamette River in Portland is healthier than it has been in generations. During a rare CSO event, people should still avoid contact with water in the river.

When a CSO event begins, the city activates the River Alert system. Signs posted at Willamette River public access points warn of a CSO event. The city posts CSO advisories online and notifies Portland newspapers and radio and television stations. People can also call the River Alert hotline at 503-823-2479 to learn if a CSO advisory is in effect.

During the summer, the city collects weekly water samples at public access points to test the water for bacteria and posts the results on the Willamette River Recreation Index.

CSOs contain about 80% stormwater runoff and 20% sewage. Screens on CSO outfall pipes reduce debris that can enter the river during a CSO event.