The Portland Brownfield Program (PBP) has a new project. BRIDGE Housing is the first grant recipient to use the most recent Brownfield Assessment Grant from the EPA, which the City was awarded for use from fall 2016- 2019. BRIDGE was formed in 1983 and this will be their second affordable housing project in Portland. 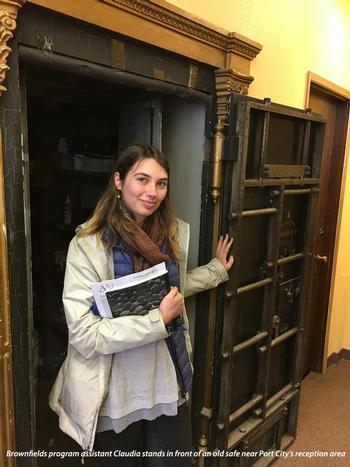 BRIDGE’s new project will be located on North Williams, at what was once the site of the Wagstaff Battery Company. Due to the hazardous substances associated with battery recycling, the site has undergone extensive cleanup under DEQ oversight, including the removal of 340 tons of impacted soil in 2004. In the late 1990’s, the property was sold to Port City Development Center. Port City, now a program of Albertina Kerr, is a social services provider for adults with developmental disabilities. They have been using the property to serve approximately 150 adults from the Portland area and their programming encompasses career and social support, artistic expression, and a garden program called Project Grow.

BRIDGE Housing is purchasing the site from Multnomah County, who acquired the property through tax foreclosure, and plans to build 61 units of affordable family housing. They plan to keep some of Port City’s services on-site, such as the art studio and gallery space. There will also be residential services on site through a resident services coordinator and partnership with Impact NW, among other partnerships. Bridge Housing has been working with the Portland Housing Bureau (PHB), who is taking a lead on implementing a Preference Policy to prioritize former residents of NE Portland who have been displaced from the area. This process has included a PHB N/NE Oversight Committee and meetings with the neighborhood association, as well as plans to hire an outreach consultant for local hiring. 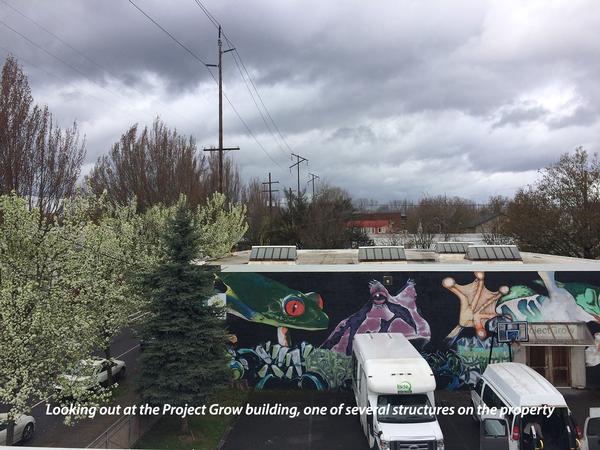 The site is being developed in partnership with Portland Housing Bureau, Home Forward, and Multnomah County. Construction is planned for Spring-Summer 2018. 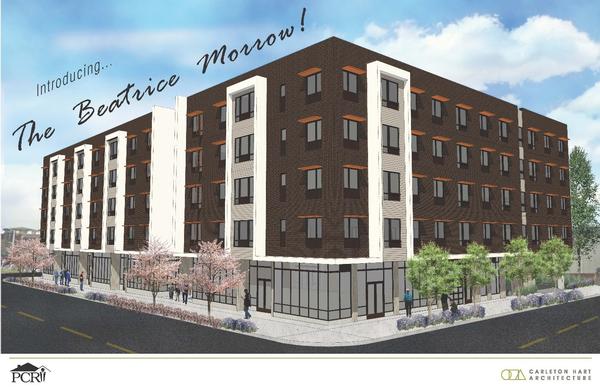 The non-profit Portland Community Reinvestment Initiative (PCRI) is working with co-developer Gerding Edlen and local Colas Construction to redevelop the Grant Warehouse site. In 1999, Grant Warehouse became the second project to receive assistance from the Portland Brownfield Program. This site has a complex history that has involved many partnerships, both local and federal. Once used as a “metallurgical laboratory,” police responded to a dispute at the address in 1998 and found large quantities of chemical waste on site. The Environmental Protection Agency (EPA) obtained a search warrant and spent $1.2 million on removal and disposal of the chemicals.

After years of legal proceedings, the property owner agreed to sell the property to Prosper Portland, formerly Portland Development Commission. Both the Portland Brownfield Program and Prosper Portland used grant funds from the EPA for site assessments and cleanup. The structures on site were demolished and in 2006 DEQ issued a No Further Action letter. PCRI has hired GeoDesign, a third-party consultant, to complete environmental inspections. GeoDesign held a community forum in March of 2016 to share information about the site and future plans. Additional soil sampling and a soil vapor survey will be done to ensure the health and safety of future residents.

This vacant property is at last being redeveloped thanks to the work of countless organizations. The building will be named Beatrice Morrow, after the African American attorney who ran for state office in 1932. It will be a five story, multi-family building, with 80 units and ground floor retail. Families who have been displaced, or are at risk of displacement because of rising housing prices, will be prioritized for units.

More information on cleanup efforts can be found in this news article: http://www.pamplinmedia.com/pt/9-news/359178-238133-beatrice-morrow-site-will-clean-up-its-act 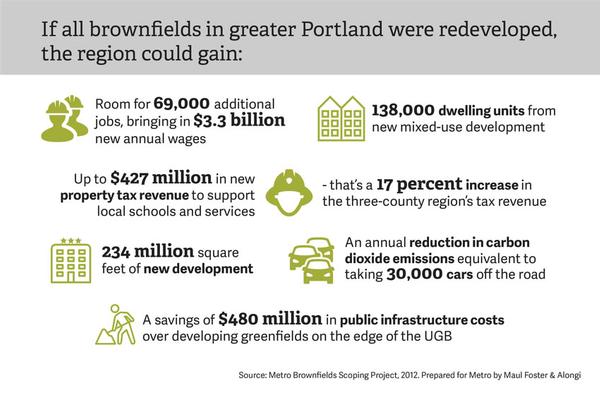