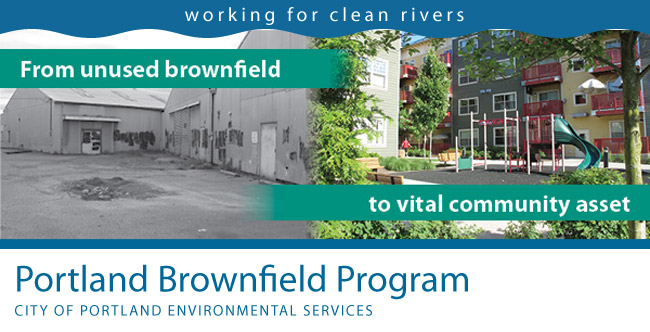 At this SE Division property, decades of use as gas stations and auto repair shops had left a legacy of leaky storage tanks, abandoned hydraulic hoists, and several hundred tons of contaminated soils. Thanks to an extensive cleanup effort and ongoing monitoring, this site has a much brighter future today. The Seven Corners Community Collaborative, a four-story universally accessible building, now occupies the space. 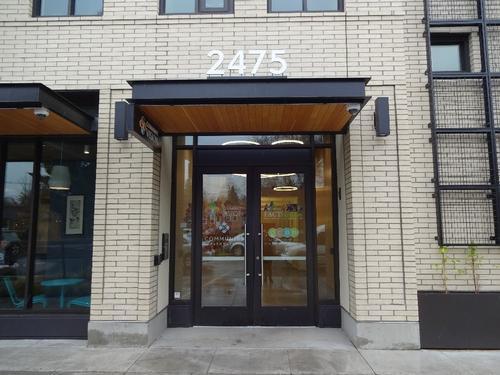 Owned and operated by Community Vision Inc., a Portland non-profit that helps people with disabilities live independently in their homes, the building is a mixture of office and community space. This site serves as the non-profit’s headquarters where they, along with their fellow non-profit tenants, use the location to bundle different services supporting people with disabilities and their families in one accessible location. The building also serves as a showcase for universally accessible design and highlights creative innovations for accessible housing.

Several gas stations and auto repair shops occupied the site from 1926 to the 1980s, leaving behind a regulatory history and known environmental contamination. In 1999, Multnomah County acquired the property through tax foreclosure.

After initial testing and cleanup from 2000 to 2002, when three leaking Underground Storage Tanks (USTs) were removed along with the soils impacted by the petroleum leak, the County requested assistance from the Portland Brownfield Program and Bureau of Environmental Services to further address environmental concerns. The cleanup included removing six USTs, hydraulic hoists, and several hundred tons of additional contaminated soil. Six months of groundwater and vapor monitoring next to the adjacent residential property showed that vapor intrusion did not present a danger. Multnomah County transferred the property to Community Vision in 2014 and the facility officially opened its doors in 2018. Routine monitoring continues at the site.

REACH CDC is working to give this NE property new life. They plan to build 189 units of affordable housing, which will include 53 studios, 71 one-bedrooms, 47 two-bedrooms, and 18 three bedrooms. Amenities will include two shared community rooms and kitchens, computer stations, free internet, three large landscaped courtyards including one with a children’s play area, a fitness room, laundry rooms (one for each floor), and secure indoor bike parking. Preference for these units will be given to households that have experienced displacement in North and Northeast Portland. REACH CDC was established in 1982 by a group of SE Portland community advocates, and now owns over 2,200 affordable housing units in Oregon and SW Washington. Their Housing Development Department has closed more than $132 million in development financing over the last five years, creating or preserving 638 affordable homes. 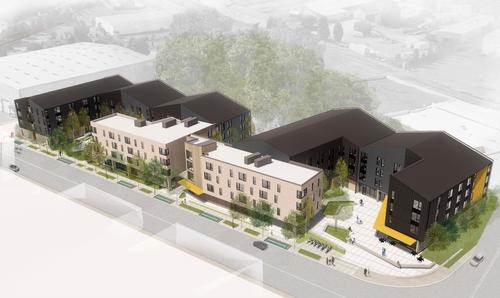 In its previous life, this site had been used as a lumber yard and for manufacturing wood products from the early 1920's to late 1980's. This site also saw use as a mechanical facility. Purchased by Tri-Met in 1998, it has been used as an equipment storage and staging facility since. This history has left behind some contamination issues. Phase I and II Environmental Site Assessments found contamination in some shallow soils on site, which needed to be contained and removed before construction could begin. REACH CDC applied to the Brownfield Program in October and was approved for the City’s grant funding. This funding will be used to create a Contaminated Media Management Plan and clean up strategy which is now underway.

Candice Loveland joined the Brownfield Program in Summer 2018 and is now leading assessment projects and community engagement. Candice has a bachelor’s degree in environmental science with a GIS Certificate from Portland State University and has focused her education on restoration and urban ecology. She is looking forward to applying that education to land-reuse issues here at the Brownfield Program. She is passionate about building stronger communities and developing a sense of place. To that end, she is a long-term volunteer for the Sunnyside Community House and Emergency Warming Shelter, and the Friends of Mt. Tabor Park. 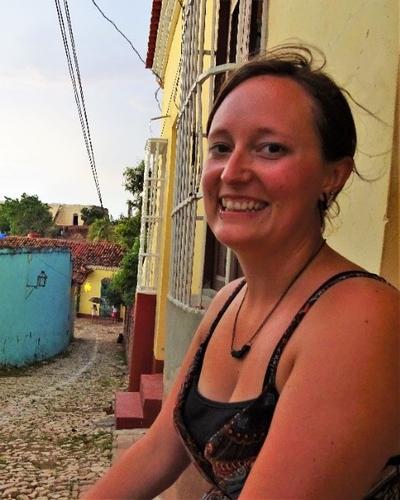 Candice is a longtime Portland resident and looks forward to serving her community in a new way. After learning more of our program’s history, Candice has been pleasantly surprised to learn how many sites she has been to without realizing they were former Portland Brownfield Program sites. In her new role, she will be engaging in meaningful outreach with a diverse mix of community partners and looks forward to supporting their work sustaining healthy, resilient neighborhoods. Candice is available to answer questions about our program and is happy to meet with community groups and members of the public. She is in the office part time and can be reached by email at candice.loveland@portlandoregon.gov or by phone 503-823-5863.

Upcoming events in the world of brownfields and community development!