The NW neighborhood of Slabtown in Portland, Oregon has one of the oldest functioning sewer systems in Portland. The average age of the sewer pipes in the area were installed 112 years ago and were made of concrete and vitrified clay pipes.

Slabtown has seen many different industries come and go throughout the years. When the sewer system was first put in place, the neighborhood was heavily occupied by lumber mills and wood manufacturing companies. See the Sanborn map below that shows what the neighborhood looked like around the time the sewer system was originally installed. Waste that came from these lumber mills and manufacturing businesses were often thrown out in the streets or used as fill to level the natural landscape of the area. 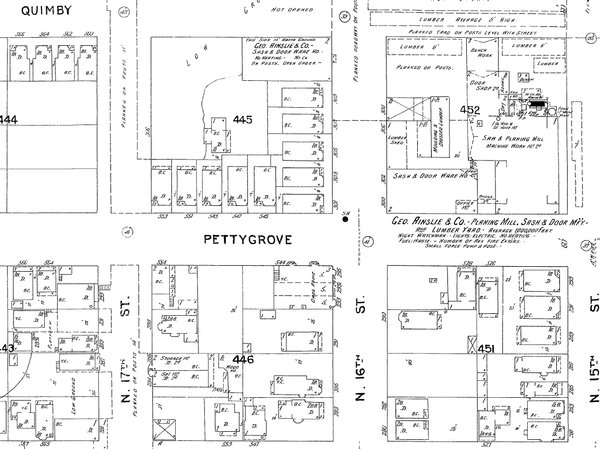 Much of this area had a diverse topography of ravines, creeks, and lakes, but most have been lost or built above over the years. At the time the sewers were installed, many of the roads in the area were built above ground using timber planks, since the ground below dropped off as many as 20 feet in some places. Tanner creek ran above ground from the West Hills to Couch Lake, which is now where Union Station is today. One area in the neighborhood that our crews have run into a lot of fill is an old ravine that runs NE throughout the project area. The sewer pipes that were installed in the ravine are buried deeper in the ground, which has resulted in our crews encountering more fill in some areas over others.

Due to the high density of fill in some areas, our crews are having to change the method of shoring used to protect the sides of a trench once it is excavated. Safety for crew members and the public is our number one priority on all city projects. To ensure that the ground that has been excavated is safe, our crews are using more complex engineered shoring techniques in certain sections of the project. This change in shoring methods, along with conflicting gas and water utilities underground, has increased the construction schedule. 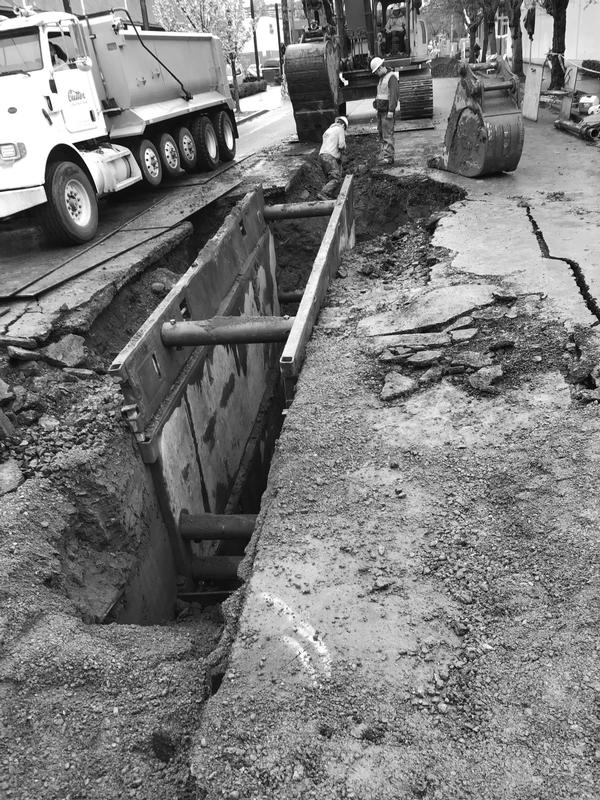 Thank you for your continued patience while we complete this important sewer repair project. If you have questions about the project, please email Joe Tursi at Joe.Tursi@portlandoregon.gov or 503-823-5753.