(June 18, 2019) - The City of Portland Bureau of Environmental Services issues the following statement in response to a video of people emerging from a NW Front Avenue manhole: 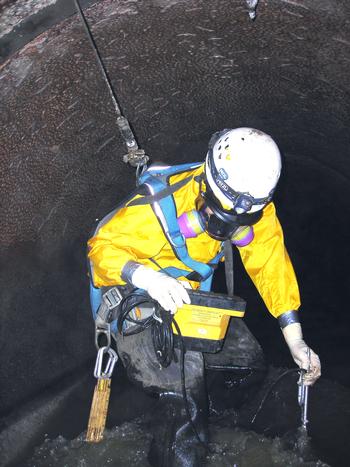 The City of Portland Environmental Services maintains a system of 2,500 miles of pipes and other infrastructure in order to protect public health and our environment by keeping sewage and stormwater away from people. It is extremely rare for anyone to intentionally expose themselves to the hazards of untreated sewage or stormwater as well as the dangers of being underground in a pipe that has limited oxygen and limited means of escape or rescue. It is both illegal and highly unsafe to do so.

Environmental Services’ investigation of this incident has found that an unknown number of people have entered a pipe in Northwest Portland that mostly carries stormwater but can contain untreated sewage as well during periods of heavy rain. The pipe entryway is not visible to the public and is contained behind a screen and a fence.

Environmental Services’ initial assessments have found that the pipe is in good working condition and there is minimal damage at the entryway to the pipe. Crews will repair that damage. In addition, the screen at the entryway is slated to be upgraded and enhanced barriers will be part of the design; the timeframe for that upgrade is next summer.

Environmental Services also reminds the public of the penalties for illegally entering the system. Unauthorized entry is subject to up to $10,000 in civil penalties per day, per violation.  The City may also seek to recover its costs for responding to violations and for repairing the sewer system, if necessary.  In addition, an unauthorized entry may be subject to legal action for criminal trespass.

But the biggest penalty is the risk to one’s own life and health.  Sewer and stormwater pipes have limited access for escape, can fill quickly even in periods of moderate rain and often have limited oxygen.

“It is a good way to get yourself killed,” said Environmental Services chief engineer Bill Ryan. “What kills people is usually a lack of oxygen. Even highly trained staff do not enter pipes unless absolutely necessary.”

Here is how Environmental Services prepares to enter a pipe: 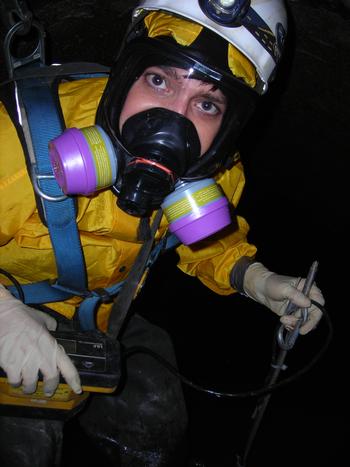 It is impossible to prevent someone determined to get into the sewer and stormwater system, but it is not an appealing, safe or legal place to be. “There is no way to completely foolproof the system,” Ryan said. “We can reiterate the dangers to the few people who find it appealing.”