Use Recycle or Not to help answer your questions.

Smart City PDX is coordinating the development of draft policies addressing the use of public and private facial recognition technologies for future consideration by Portland City Council.

Did you know the City has a program to make ongoing improvements to the zoning code, even while we’re updating the longer range Comprehensive Plan? This process of making small fixes on a regular basis is called RICAP, short for the Regulatory Improvement Code Amendment Package process.

Last summer, the Planning and Sustainability Commission (PSC) approved a work plan for the sixth Regulatory Improvement Code Amendment Package process – or RICAP 6. In January, staff released a Discussion Draft for public review and response. While RICAP 6 includes more than 40 code amendments based on public requests, including improvements to wireless facilities and construction staging regulations, the proposed new regulations around short-term rentals have generated the most interest among Portlanders. 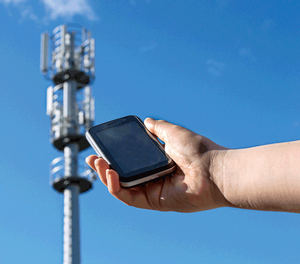 Recently, BPS released the Regulatory Improvement Code Amendment Package 6 (RICAP 6): Proposed Draft, which updates the Discussion Draft and will be considered by the PSC at a public hearing on April 22, 2014.

The Proposed Draft has been refined based on the many comments received over a seven-week outreach period, including numerous meetings with neighborhood associations and district coalitions. A summary memo of the feedback on the initial short-term rental proposal captures the key ideas in support of and opposition to the proposed code amendments and contains staff’s responses to questions and concerns.

Recently, there has been a dramatic increase all over the world in the number of residences being rented informally on a short-term basis through internet sites like Airbnb and HomeAway (peer-to-peer rentals). In Portland, for example, Airbnb’s listings have jumped from 107 in January 2011 to more than 1,550 today. The most common listings are from hosts who live on their property and offer a bedroom for rent on a nightly basis in their home. This is a new way of providing visitor lodging accommodations, and many cities are determining how to regulate these new short-term rentals. We looked at New York, San Francisco, Cannon Beach, Ashland and Austin, Texas, among others, to help us create new regulations that fit our unique community.

In Portland, rentals of fewer than 30 days are considered short-term, and renting up to five bedrooms is allowed through the Bed and Breakfast Facilities chapter of the Zoning Code. But this process (a Type II Conditional Use Review) is expensive and time consuming, and it doesn’t fit the scale of the smaller, more informal peer-to-peer-type rentals.

The proposed amendments offer one- and two-bedroom short-term rental operators a less expensive and faster process, while ensuring that surrounding neighbors are notified of the new activity.

On Tuesday, April 8, staff briefed the PSC on the proposed short-term rental code regulations, including an amendment to address safety concerns raised during the comment period. Testimony on the entire RICAP 6 package will be taken at the public hearing on April 22, with testimony and commission deliberation on the proposed short-term rental regulations following testimony on the remainder of the RICAP 6 proposals.