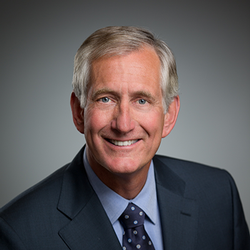 As 2016 and my term come to an end, I’d like to say a few words about the exciting work we’ve accomplished with the Bureau of Planning and Sustainability.

It’s been incredibly satisfying to partner with Director Susan Anderson and her staff on so many groundbreaking projects. From the City’s new 2035 Comprehensive Plan to the globally recognized Climate Action Plan, these plans paved the way for many other outstanding planning and sustainability projects.

Accepting the C40 Cities Award in Mexico City for the best climate action plan was definitely a career highlight for me. It was no single individual effort, though; it was because of BPS staff and all of your hard work to turn these renowned climate and smart growth plans and policies into action.

Already we are checking off some significant actions from the Climate Action Plan “to-do” list, including:

At the same time, housing supply and affordability reached crisis levels this past year, and the City and BPS responded with the tools at our disposal. We increased the number of mass shelters and the beds they can accommodate to meet the needs of people experiencing homelessness. We created new rules requiring older homes to be deconstructed rather than demolished. Through the Residential Infill Project, we’re protecting our neighborhoods with new proposals for single-dwelling zones that will reduce the scale of new homes and additions, and create more housing choices for households of different sizes, needs and preferences. And we responded to state legislation authorizing local governments to create inclusionary housing programs with new rules to support housing developers as they build more affordable units.

On climate and housing, we’ve made great strides.

But it’s no secret that I have a strong inner planner. And I think this has made my partnership with BPS incredibly fruitful as we prepare for a quarter million more people over the next 20 years. The team that worked on the 2035 Comprehensive Plan included many people, from land use and economic planners, demographers and communicators, equity and public involvement specialists, district liaisons and an award winning GIS team (for the Map App). Portland is lucky to have some of the best planners in the country — and we’re blessed to have some of the most committed civic leaders, like the all-volunteer members of the Planning and Sustainability Commission, and community members who provided over 10,000 pieces of testimony on every aspect of this landmark plan.

City Council will next turn its attention to the Central City 2035 Plan in early 2017. Portland’s urban core is the city’s biggest neighborhood, and BPS is working to ensure that it becomes even more accessible, vibrant, walkable, bikable and full of amenities. In line with Portland’s other award-winning plans, CC2035 promises to take Portland’s city center well into the 21st century.

I’d say we’ve had a pretty good run. I’ll count my four years working with the infinitely intelligent and passionate people of BPS as some of my very best. Thank you for helping to make Portland an even better place to live, work and play — today and for the next generation.