By now, many Portlanders are familiar with the story of African-American displacement from N/NE Portland. From the Vanport Flood and I-5 urban renewal — both of which laid waste to vibrant neighborhoods — to gentrification of the Albina District and surrounds, a close-knit community was set awash on literal and figurative waves of change.

As well, federally sanctioned redlining and predatory lending practices* prevented many Black residents and other people of color from purchasing homes in Albina. So the district — once home to the highest concentration of Black Portlanders — is now a predominantly White and rapidly-gentrifying neighborhood. 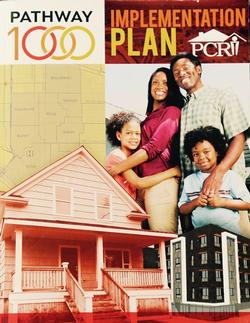 A right to return home

Portland Community Reinvestment Initiative Inc. (PCRI) is a local nonprofit, dedicated to building avenues to stability and prosperity for Portlanders of color by making homeownership and affordable housing a possibility for them. The organization recently celebrated the release of the Pathway 1000 plan, an ambitious strategy to bring Black and other Portlanders of color back to the Albina district.

The plan lays out a path to create 1,000 affordable housing units for African Americans in N/NE Portland over the next 10 years. At least 800 of the newly constructed homes will be sold to new homeowners.

“The overarching goal of Pathway 1000 is to address generational poverty of Black residents and others displaced from N/NE Portland by providing homeownership and rental housing opportunities that create wealth and stabilize families as well as provide living wage jobs for current and future residents of the community,” states PCRI’s Pathway 1000 Implementation Plan. 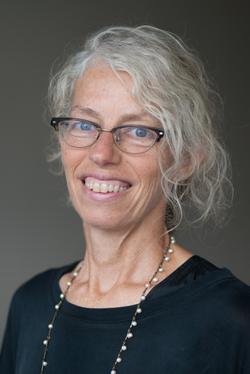 Nan Stark is the Bureau of Planning and Sustainability’s District Liaison for N/NE Portland. Over the past three years, she has been working closely with PCRI Executive Director Maxine Fitzpatrick and her staff, as well as several community partners, as PCRI created the Pathway 1000 Implementation Plan. Nan acted as the project manager for a Metro grant to develop the plan. She brought in staff from City bureaus and Portland State University to act as a technical advisory committee to assist PCRI and its collaborators as they developed the plan. She will continue to be a resource as the Pathway 1000 plan is implemented, connecting PCRI and its partners with City resources.

Nan says that “through the Pathway 1000 Implementation Plan, PCRI has chosen a very focused path toward healing some of the hurt caused by the rapid gentrification and displacement that happened in inner North and Northeast Portland over the past decade. The Plan is about creating home ownership and housing stabilization opportunities for members of the community who have been displaced, and the wealth generation that can happen as a result.”

The future of district planning

Nan’s work with PCRI is an example of the direction that district planning is going. District planners are developing deeper and more meaningful relationships with community-based organizations, making local government more accessible to people who are often not engaged in dialogs related to land use and community development. In Nan’s words, “it’s an honor to be able to engage with the community and give people the opportunity to lead the conversation.”

Now that the longer range 2035 Comprehensive Plan and Central City 2035 Plan are in the bag, BPS is exploring ways to do more of this kind of targeted district planning and community development. Stay tuned!

Established in 1992, PCRI acquired endangered homes, helped secure conventional mortgages to buy them back, and retained other properties as long-term affordable rentals. It exists to protect and maintain affordable, high quality, single-family homes scattered throughout N/NE Portland. The nonprofit also manages and is expanding a portfolio of multiplexes so that underserved Portlanders have affordable housing options within the community.

* Redlining was the practice of marking areas on a map (in red) where banks were forbidden to lend money to people of color to buy a house. Banks practiced predatory lending on people of color but imposing unreasonably high interest rates and unfairly burdensome terms.