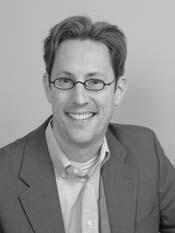 On April 30th, 2008, the Office of Neighborhood Involvement hosted speaker Matt Leighninger for a talk entitled "Why Politics Will Never Be the Same: The changing relationship, and new partnerships, between government & community."

Leighninger discussed how the relationship between government and community is undergoing a dramatic shift and how cities across the country have been creating innovative ways for people and public servants to work together.  He explored the questions: Why are local leaders looking for new ways of working with the community?  Why is the community trying to find new ways to make their voices heard?  What have we learned from the last thirty years, in Portland and elsewhere, about trying to make local democracy work?

Matt Leighninger is the Executive Director of the Deliberative Democracy Consortium, an umbrella group that includes the major organizations in the field of deliberation and democratic governance. Over the last fourteen years, Matt has worked with citizen involvement efforts in over 100 communities, in 40 states and three Canadian provinces; roughly 25,000 people have taken part in those projects. Most of this work was supported by the Study Circles Resource Center, of which he is a Senior Associate. His first book, The Next Form of Democracy: How Expert Rule is Giving Way to Shared Governance - and Why Politics Will Never Be the Same, was released in early 2007 by Vanderbilt University Press.