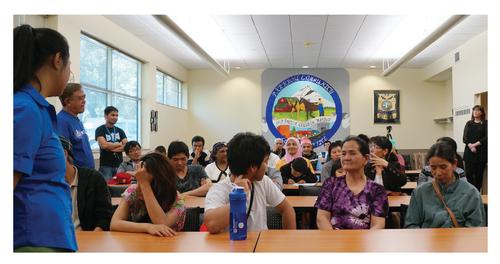 CELs are experienced City of Portland-trained civic activists, fluent in English, who are available to assist City public involvement programs with interpretation and facilitation services.

Many communities are represented in the CEL program:

Everyone should have access to information on decisions that impact our community and the opportunity to engage in the City’s public involvement efforts. Early and meaningful public involvement is a key to compliance with our Civil Rights Title VI plan. If your outreach need is public participation; if your project goal includes engaging minority-language-speaking neighbors, please contact us.

To schedule a CEL for your next public involvement event, contact: