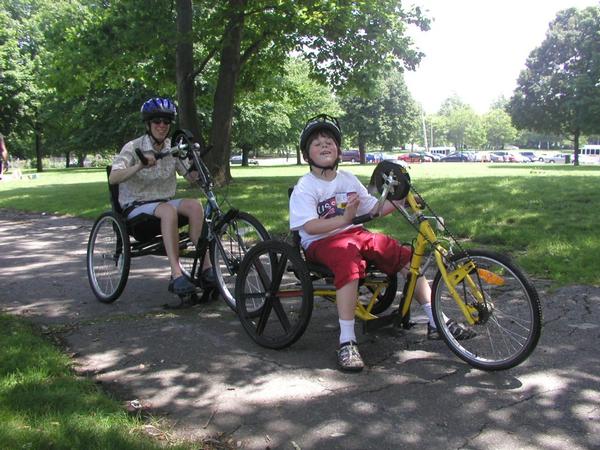 A pilot project to increase access to adaptive bicycling is being developed by the Portland Bureau of Transportation (PBOT). The pilot program is being planned for launch in late spring to early summer of 2017. It will be further developed with the help of community stakeholders in the winter and spring.

The project will be to provide for the rental of adaptive bicycles as part of the recently launched BIKETOWN bike share. The pilot project concept is focused on bicycle rentals (1-3 hours) for people with disabilities and those who are not comfortable using traditional, two-wheeled BIKETOWN bicycles. Types of adaptive bicycles include, hand cycles, three-wheeled trikes and side-by-side tandems, which are all currently being considered for the pilot project.

To help in developing the Adaptive Bicycle Pilot Project, PBOT is seeking public input to ensure the project is developed with users in mind and for them to have an active role in the project development. PBOT staff is going to gather this input from the public and appreciates people taking the time to participate in a survey that may found on the SurveyMonkey website.

Any one who has questions about the Adaptive Bicycle Pilot Project may go to to the project website or contact Liz Hormann by email or by calling 503-823-5086.