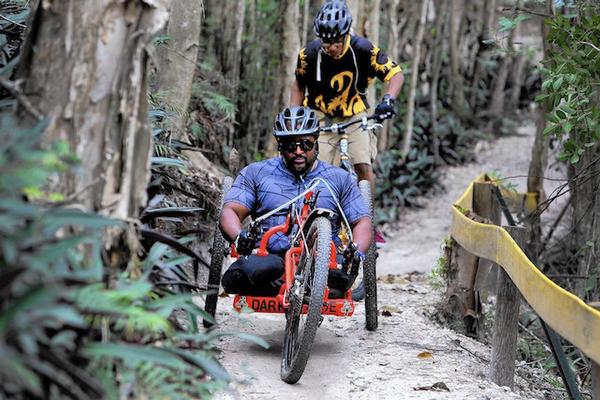 A pilot project by the Portland Bureau of Transportation (PBOT) is underway to increase access to bicycling, especially for persons with disabilities. PBOT has created an Adaptive Bicycle Workgroup that is holding an open house on Tuesday, April 25, from 4:30 to 7 pm on the second floor of the Portland Building, 1120 S.W. Fifth Avenue. The workgroup is to advise PBOT on the pilot project’s development.

At this time, the intent is to focus on adaptive cycle rentals through existing bike rental businesses located on or in close proximity to non-motorized trails. PBOT is considering providing both hand bicycles and three wheeled bicycles. The project is planned to open launch in June 2017.

More information about the city’s Adaptive Bicycle Rental Pilot Project, go to its website. There are links to take a survey, learn more about upcoming meetings, the workgroup, the open house, and how to contact PBOT with questions or comments.