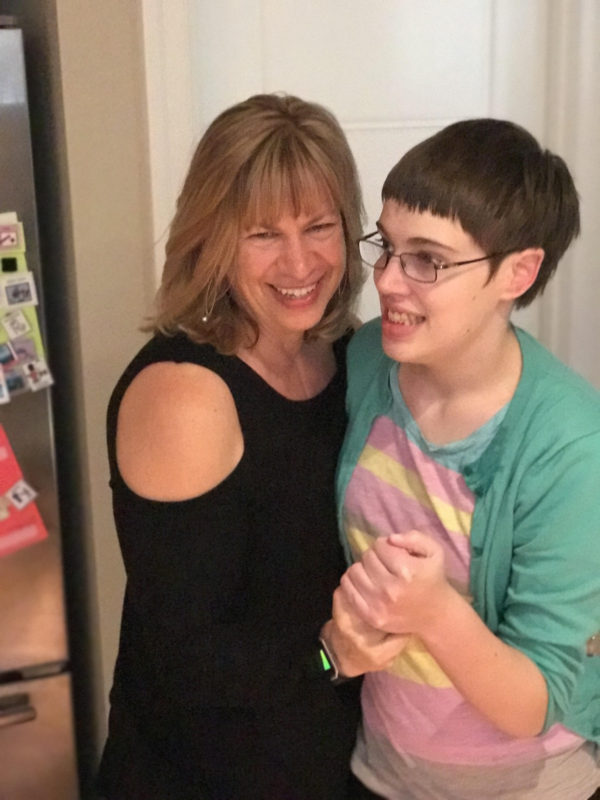 On April 10th, a group of people with intellectual and developmental disabilities and their families filed a class action lawsuit in U.S. District Court against Oregon’s Department of Human Services (DHS) claiming that the state agency arbitrarily cut the number of in-home care hours that they rely on to meet their basic medical and social needs. Last September, without explanation, DHS implemented across-the-board reductions to in-home care services, eliminating hundreds of hours of critical supports.

People with disabilities who have substantial needs can receive in-home care assistance from personal services workers for a wide array of activities of daily living, including help with eating, food preparation, toileting, communication, behavioral assistance, medication administration, and bathing. Nearly 8,000 adults and more than 3,000 children in Oregon accessed in-home care services between 2015 and 2017. The services are primarily funded by federal Medicaid dollars through Oregon’s Office of Developmental Disabilities, a division of DHS, and its contractors.

In representing the plaintiffs, Disability Rights Oregon argued the benefit cuts conflict with a fundamental principle of the Americans with Disabilities Act: People with disabilities who can live in and mix with the community should not be not unnecessarily isolated.

“In-home care support is absolutely critical to keeping people with intellectual and developmental disabilities out of institutions and living in their family homes,” said Tom Stenson, attorney with Disability Rights Oregon. “By cutting these services, DHS increases the risk of isolation and segregation in violation of one of the central tenets of the Americans with Disabilities Act: the right of people with disabilities to live in the most integrated setting possible.”

The agency did not explain what factored into the decision to cut hours and failed to inform people how their number of hours were calculated. Consequently, people who rely on these services were left without any avenue for trying to restore their lost benefits.

A profound lack of transparency clouds how the state determines peoples’ needs. DHS uses an assessment tool with an undisclosed formula, or algorithm, to calculate the number of hours needed for in-home care for each person. Every year, DHS uses this tool to re-evaluate people’s needs. DHS can alter the algorithm to generate more or fewer hours for the same level of need. The most recent version of the needs assessment was designed to sharply reduce the number of hours generated for any level of need by roughly 30 percent for all people with disabilities.

“By failing to provide a reason for the benefit cuts, DHS has left countless families, not only puzzled, but completely in the dark,” said Stenson. “Without making clear how these hours were calculated, DHS has essentially created a black box that shields their decisions from public scrutiny and prevents people with disabilities from arguing that the calculation does not accurately reflect their needs.”

In addition to increasing the risk that people with disabilities could be segregated or isolated in violation of the ADA’s integration requirement, the state could also incur greater costs for itself. If the cuts force people into a nursing home or a residential placement, the state would be required to pay for full-time care in those settings. Providing care in these settings is costly.

Moreover, the state receives a higher level of federal reimbursement from the Medicaid program -- through what’s known as the “K Plan” -- by providing home-based care that fully meets the medical needs of individual with developmental and intellectual disabilities. Plaintiffs argue that DHS’s cuts to in-home care services violate the terms of the Medicaid Act.

The plaintiffs are asking the federal court to direct DHS to restore previous in-home care hours, change their assessment tool, and alter the process for providing notice of benefit changes to people with disabilities and their families. Plaintiffs also want DHS make the appeals process more meaningful.

The plaintiffs, several adults and one child, reside in Clackamas County, Harney County, Douglas County, and East Portland. These far-reaching cuts impact nearly every person in Oregon with intellectual or developmental disabilities who rely on in-home care.