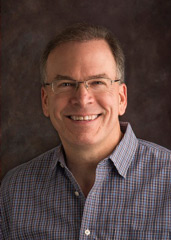 Above are the logos for the City of Portland's Bureau of
Environmental Services and the Portland Water Bureau
with a photo of City Commissioner Nick Fish between the logos.

Portland City Commissioner Nick Fish launched a pilot program at the Portland Water Bureau and Bureau of Environmental Services that breaks through barriers of employment for people with developmental and intellectual disabilities.

This partnership resulted in a positive story that aired on KGW Wednesday about Project SEARCH. It aims at helping people with intellectual and developmental disabilities gain skills and employment.

Adults with intellectual and developmental disabilities experience unemployment rates of more than 70 percent, nationally. Project SEARCH graduates often achieve a 75 percent rate of successfully attaining paid work after graduation, defined as receiving the prevailing wage, as being performed in an integrated setting, and is 16 hours weekly or more.

At the Water Bureau, interns are performing work in areas that translate to jobs - from digitizing and archiving records, to assembling water safety test kits to staffing the reception desk. They are working on teams and integrating with Water Bureau employees in Dispatch, Water Quality, Safety and Records.

Water Bureau and Bureau of Environmental Services are working with City of Portland HR to develop two full-time positions – one at each bureau – to hire interns directly from this internship to become fully paid bureau employees. There will be a report to City Council in July, recommending that this partnership with Project SEARCH be expanded Citywide.