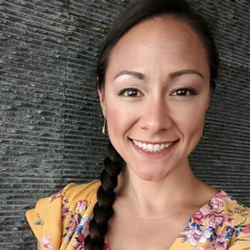 Ashley is pleased to be a member of Civic Life overseeing the Advisory Bodies Program. Her bio should say “Ashley has spent a decade operationalizing local government connections with communities who have been systemically oppressed.” Clearly, she’s also gained fluency in bureaucrat speak, but let’s break down what that last sentence means. In her early days, she was hired to and successful at conducting community and business outreach to racial and ethnic minorities. While others studied, surveyed the public, and wrote reports about “outreach to minority communities,” it just wasn’t working. Ashley discovered that her coworkers’ block was not always a cultural difference, but rather a fear of changing themselves and reluctance to making small choices that result big impact. We can make big impacts by changing ourselves. We must take action to adapt our governance.