Portland Fire & Rescue investigators have determined the cause of the house fire this morning. Combustibles too close to a baseboard heater sparked the fire that displaced two people. The fire severely damaged the home and caused an estimated $80,000 in damage.

There have been numerous fires caused by heating devices in the metro area since the weather has turned colder. Any device that creates heat needs a space of about three feet around it clear of anything that will burn.

The home did not have a working smoke alarm and the two young men who escaped the fire this morning were very fortunate to have survived.

Keep yourself and your family safe by reading the warnings and recommendations that come with all portable heating devices.  And remember:

At 4:50 am this morning, Portland Fire & Rescue firefighters responded to the report of a house on fire on SE 76th Avenue. Prior to the arrival of firefighters, a Portland Police sergeant on patrol in the area reported that the house was "fully engulfed in flame." 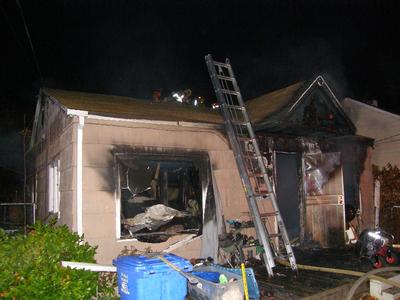 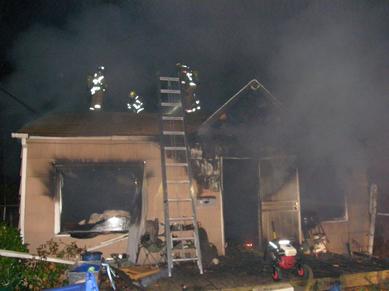 Portland Fire & Rescue was highly visible and had some very positive interactions with community members during this year’s National Night Out celebration on August 4, 2009. 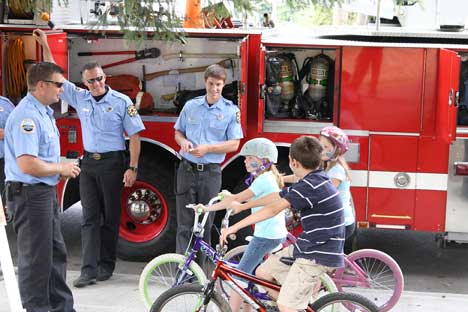 On-duty Portland Fire & Rescue firefighters attended 78 neighborhood events, dedicated over 225 staff hours to the National Night Out activities, and made contact with several thousand citizens. The firefighters participated in a wide variety of activities including potlucks, block parties, cookouts, and BBQ’s.  Firefighters also:

For more information, tips for organizing a block party, or how you can celebrate National Night Out in August 2010, click here to be redirected to the City of Portland Office of Neighborhood Development’s website.

Q:  What three elements must be present at the same time to have a fire?

Your answer was on fire! 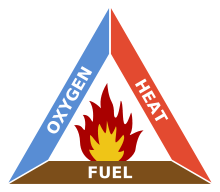 A:  In order to have a fire, there must be three elements:

Usually these three elements are expressed as a triangle, called The Fire Triangle.  All three elements must be present at the same time to have a fire. Fire will burn until one or more of the elements is removed.

The Silent and Live Auctions included over 230 items and baskets that ranged from a Poker Party donated by Portland Fire & Rescue (PF&R) Training & Safety Division Chief Scott Fisher to a condo stay in Nuevo Vallarta, Nayarit, Mexico donated by Kristi Butcher.  My favorite was the adorable Lhasa Apso puppy up for auction and donated from the Airpet Hotel, Happy Trails to You Kennel, and Pet Reader.

During the dinner, Good Samaritan Awards were given to Rentrak Corporation and Officer Mike Kramer with the Oregon City Police Department for exercising an exceptional level of compassion towards the victims and survivors of tragedy.

Why an Annual Dinner and Auction?
The proceeds of the auction directly benefit TIP NW. TIP is a national voluntary nonprofit organization dedicated to ensuring that those who are emotionally traumatized in emergency situations receive the assistance they need. To accomplish that goal, TIP works closely with local communities to establish emergency services volunteer programs. In these programs, well-trained citizen volunteers are called to emergency scenes to assist family members, witnesses, and other bystanders who the emergency system often must leave behind.

Are you interested in assisting citizens in the Portland and Vancouver areas that are in crisis?  Click here to get more information on the upcoming January 2010 TIP Training Academy or visit the official TIP NW website at http://www.tipnw.org.

Portland-area hospital emergency rooms continue to see heavy volumes of people who think they might have H1N1, but do not. 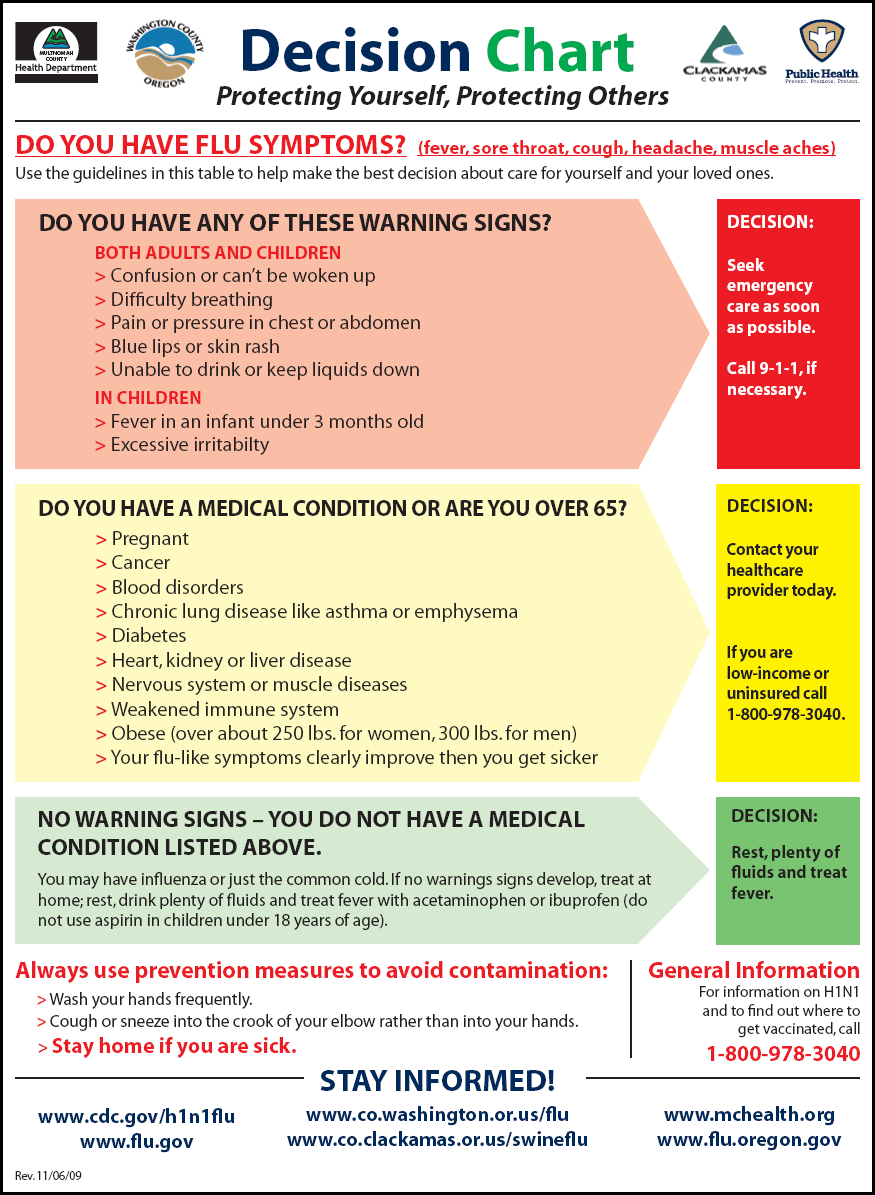 REMEMBER:  Everyone can help prevent the spread of flu virus by washing hands frequently, coughing into your sleeve, and staying home when you are sick.