Press release below provided by the Portland Bureau of Transportation

The National Weather Service issued a warning for minor flooding of Johnson Creek today, predicting the creek to rise above flood stage mid-day and crest at 4 p.m. Minor flooding typically affects land along the creek from SE 92nd Avenue to SW 122nd Avenue and between the creek and SW Harold Street. Flood stage for the creek is 11 feet and today’s forecast says the creek may rise to 12.5 feet.

The general public is advised that this level of Johnson Creek may be high enough to impact not only streets and sidewalks, but buildings. The Portland Bureau of Transportation provides sand and sandbags available for the public to protect property from rising water at three locations:

Sand and sandbags are provided to the public for free, however, shovels are not provided by the city.

Streets will be closed and travelers detoured if water presents a hazard on the roadway. Currently, barricades are positioned to closeSE Foster Roadif it floods. Motorists who ignore street closures and drive past barricades face a $360 fine. People who live and work on flooded streets that are closed are also subject to the fine if they drive past barricades.

The Bureau of Environmental Services advises the public to avoid contact with rivers, streams and flood waters. Continued heavy rainfall and the flooding of Johnson Creek could elevate bacteria levels in Portlan drivers and streams.

FOR ADDITIONAL INFORMATION AND TO STAY INFORMED, CLICK HERE.

Portland Fire & Rescue (PF&R) extricated one male patient from a vehicle crash at SW Barbur Blvd and SW Hillsdale Road just after noon today. He was transported to a local area hospital with non-life threatening injuries.

Firefighters from PF&R’s Station 5 (Hillsdale) and Station 4 (Portland State University) were dispatched to a two vehicle rollover crash at 12:53 pm.

When firefighters arrived on-scene, they quickly worked to ensure the scene was safe and then determine the number of patients and the severity of their injuries. They found one male patient who had been ejected from a late model Datson 280 Z lying in road and another male who was trapped in the vehicle.

Portland fire crews used extrication tools to free the male passenger. Firefighters treated both injured patients and stabilized the vehicle so it didn’t pose a hazard to the patient or the firefighters working around the vehicle.

PF&R dispatched multiple fire units to the scene in order to quickly and efficiently care for the injured and ensure the safety of everyone involved.

Heavy rain in the past few days has resulted in standing water on roads and highways. Portland Fire & Rescue crews have responded to several crashes in which standing water may have been to blame. 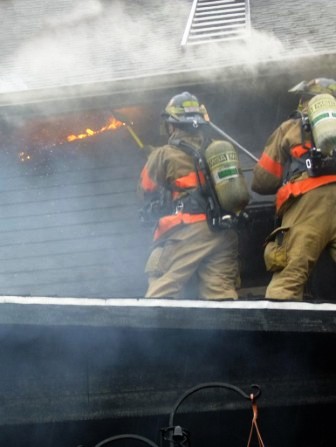 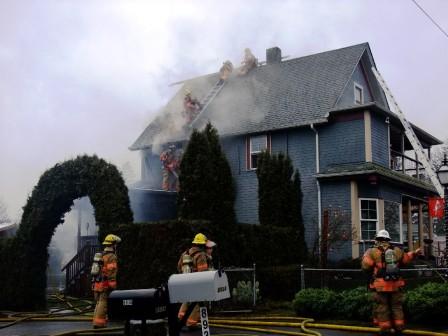 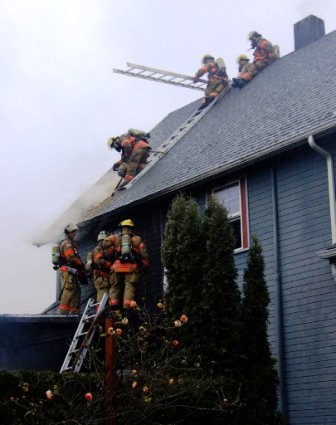 On January 26th , the anniversary of our region’s last great earthquake, the Portland Bureau of Emergency Management (PBEM) -  in partnership with Multnomah County- will initiate the first-ever, citywide test of Portland’s community notification system. This relatively new system has been used successfully in real, small-scale emergencies. But it has never been stress-tested on a large scale.  During this citywide test, PBEM will attempt to send a single message via landline phone, cell phone, text, and email to a maximum number of Portlanders in the shortest amount of time possible. “We want this test to expose any weaknesses in the system,” said PBEM Director Carmen Merlo.

Greater participation in the test will ensure a larger sample group and help PBEM gauge the system’s functionality. Merlo encourages Portlanders to register for this and all future notifications by signing up at www.PublicAlerts.org. Personal contact information provided during registration is kept private and used only for the purpose of sending geographically tailored emergency messages. During the January 26th test, residents will be notified only if the contact information provided corresponds with a Portland mailing address.

It bears reminding, our region could experience a magnitude 9.0 or greater Cascadia subduction zone earthquake at any moment. The last one occurred January 26, 1700. Scientists say we are in the average window of time during which these massive, destructive earthquakes occur. The community notification system may serve as an invaluable communication tool during this and other kinds of emergencies.