Resch, Profit, Gresham, Burns, and other fellow firefighters will spend three weeks from March 18th to April 7th in the capital and largest city of Peru, teaching local police (National Policia) and public safety responders and officials Emergency Medical Response (EMS) and Urban Search and Rescue (USAR) skills. This trip to Lima will be the first time the group of firefighters will travel and serve together.  Training will include intense hands-on skills as well as classroom lecture.  A veteran interpreter will be joining the firefighters as a resource. During that time, the firefighters will call the Lima Police compound “home.”

The trip was arranged through Global Mission Readiness (GMR), a nonprofit organization dedicated to providing education and training to firefighters and rescue workers in developing nations. GMR was founded just under four years ago by Lieutenant Don Davis of Clackamas County Fire District 1.  GMR sends veteran firefighters, medical providers, and rescue personnel from the United States to countries with less advanced training.  Normally, mission such as this is planned over a 12 to 14 period.  This mission was planned in less than two months. Because of this short time window, it has been difficult to coordinate fundraising efforts and events to help support travel costs and other supplemental expenses. 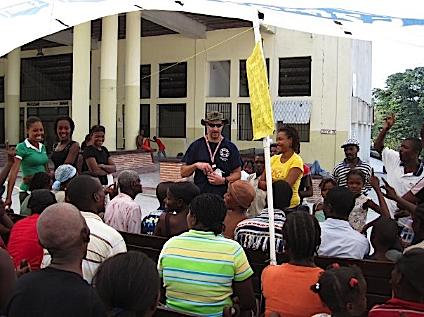 Resch, a firefighter at Portlandfor over 14 years, has never traveled to Peru on a GMR mission or otherwise. He has, however, traveled to Haiti and Ghana, Africa. Resch joined GMR as a volunteer five years ago, and feels strongly towards supports GMR’s mission to provide education and resources necessary in developing nations. 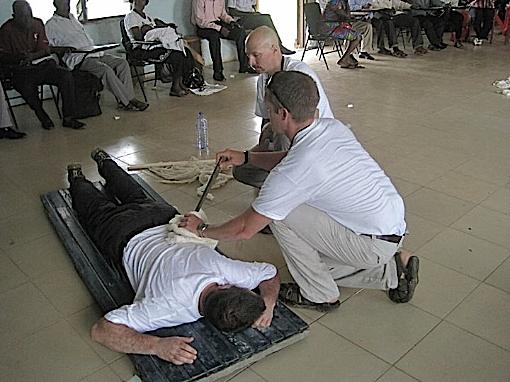 Resch notes, “I have seen first-hand how this training can make a difference in peoples’ lives. The most rewarding part of these missions is knowing that the people that take our courses will use the skills they learn to save the lives of others.”

To learn more about the goals, missions planned, and how to donate to Global Mission Readiness, visit http://globalmissionreadiness.org. Any donations made will aid the firefighters in their travels as well as purchase equipment needed to teach the EMS and USAR courses.  Emergency equipment purchased to teach on will be donated to the public safety responders in Lima, Peru. 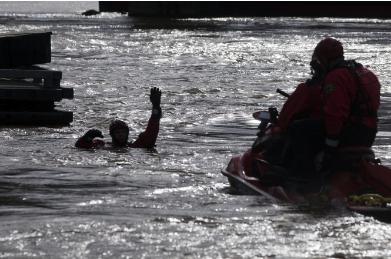 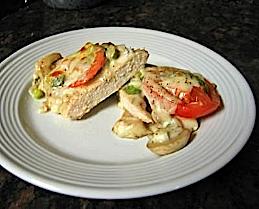 Portland firefighters from Station 19 located in the Mount Tabor neighborhood, along with three other local stations, responded to a report of a shed on fire at 135 NE 78th Avenue just a couple of minutes before noon today. Upon arrival, the officer on E19 reported a large shed fully-involved in fire that was critically threatening a home right next to it.

While the driver of E19 was hooking supply hoses up to a nearby fire hydrant, the remaining two firefighters with assistance from two addiditonal firefighters from Rescue 19 were able to quickly mount an exterior attack and successfully knock down the bulk of heat and fire from the shed while also protecting the exterior of the home. This is another example of the benefit that residents of the City of Portland experience from having fully-staffed fire stations located strategically throughout the city. Fires grow exponentially with every minute they are allowed to burn and this one was extinguished right at the critical time that kept losses at a much lower extent.

An ambulance was called to examine a male occupant of the home for minor burns and scrapes that he received while trying to extinguish the fire before our arrival. Portland Fire would like to remind residents that the first priorty in the event of a fire is to retreat to a safe environment and then call 9-1-1. Too often, well intentioned people are hurt or killed trying to fight a fire without the proper training or equipment. The fire environment is an extremely dangerous one to be in and a small fire can erupt into a life-threatening one much more quickly than a normal person can react to. Luckily the injuries sustained in this fire were minor enough that the occupant did not require transport to the hospital.

The fire was declared under control within ten minutes of arrival, with damages to the shed enough for it to be declared a total loss and no damage reported to the house.

Portland firefighters from Station 11 located in the Lents neighborhood responded to a fire involved in a home at 6725 SE 77th Avenue at 8:06 pm this evening. Upon arrival six minutes later, the officer on Engine 11 reported a smaller home with smoke and fire showing from the rear and sides of the house. Firefighters from Engine 11 and Rescue 11 immediately pulled handlines and mounted an interior attack while the crew from Truck 25 went to the roof to open up ventilation holes in order to clear some of the heat and smoke to assist the interior firefighters in locating the seat of the fire. Other crews from neighboring stations also assisted the effort by manning back up lines, searching the structure for fire victims, securing utilities, and staffing a Rapid Intervention Team whose primary mission is to rescue downed firefighters in the case of a catastrophic event.

While searching the home for potential fire victims, firefighters discovered a hole in the floor in one of the bedrooms that posed a dangerous situation for the interior crews. Due to the limited visibility and high temperatures within a building on fire, firefighters often work from a crawling position. All to often, hazards such as holes in floors are not discovered until a firefighter falls through one. Fortunately this one was discovered without that happening. �@

The fire was under control within 15 minutes of arrival, but damage to the home was extensive. The fire cause is unknown at this time, but a fire investigator is on scene examining clues to determine the cause. Portland Fire does not anticipate a cause or damage estimates release until at least mid-Monday morning.