On December 8th Santa will be at the Historic Belmont Firehouse to take pictures with you and your family! 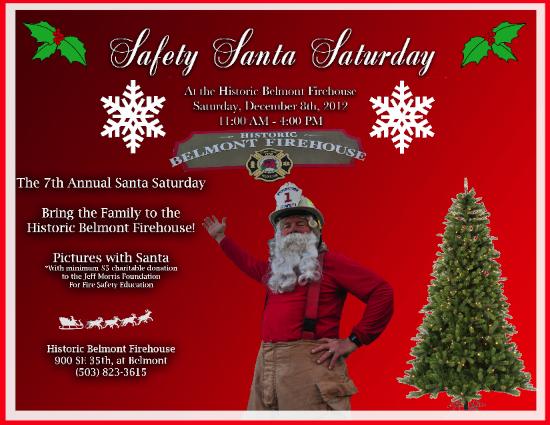 Pictures are $5 with proceeds going to the Jeff Morris Fire & Life Safety Foundation.

Update-  Due to yesterdays tragic events at Clackamas Town Center, this event has been cancelled.  You can still find the resources below online or by phone.  Have a safe holiday season!

On Wednesday, December 12, 2012, a home in North Portland will open its doors to the media to provide a visual and interactive "one-stop shopping" experience demonstrating the top holiday hazards and how to avoid them.

Organized and sponsored by local injury prevention experts and public safety personnel; the media will be invited to attend and watch demonstrations on common home holiday hazards. Experts will also be available to provide holiday safety advice. Details are below. 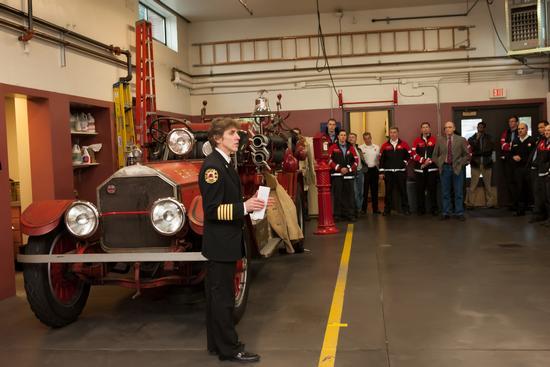 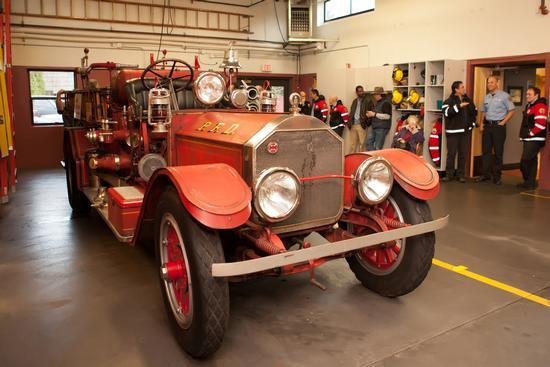 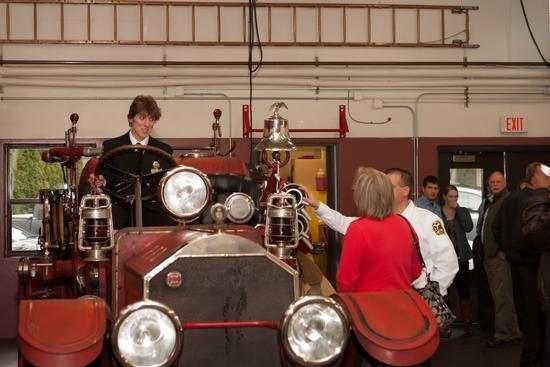 At 10:06 pm on Christmas Eve firefighters from Portland Fire & Rescue were called to an apartment fire at 15904 E. Burnside. Firefighters arrived and found fire in two apartments (one was directly above the other). The fire was difficult to extinguish because it was burning in the walls and had extended into the attic.

Fire investigators were called to the scene and determined that the fire was caused by improper wiring. Investigators estimate damages at $60,000. This was a single alarm fire.

Portland Fire & Rescue reminds residents to ensure that all wiring is installed by a licensed electrician and properly inspected.

It was a busy morning for fire crews in North and Northeast Portland.

This Morning at 3:28 am firefighters were called to 9026 NE 13th Ave. for a hazardous materials spill. Reports indicate that a forklift punctured a container holding 240 gallons of weed killer. Firefighters arrived, assessed the situation and worked to ensure that the leak was contained until a hazardous materials cleanup company arrived and took over. No one was injured and the leak was contained to the immediate area.

While the leak was still being mitigated fire crews were called to a house on fire at 8330 N. Chautauqua Blvd. When they arrived, firefighters found heavy smoke coming from a vacant, single story house. Firefighters entered and began searching for the fire, but they quickly encountered conditions consistent with "Hoarding". Firefighters had to fight through significant clutter while trying to locate the fire. The fire was found in the basement, on the first floor and in the attic.

Fire commanders made the call to switch from offensive (interior) to defensive (exterior) operations, siting the increased danger posed by the hoarding and the fact that the house was vacant. A majority of the fire has been extinguished at this point but firefighters will be on scene for most of the day assisting with the investigation.

No injuries were associated with this fire. Fire investigators are on scene and will be working throughout the day to determine the fires cause. Damage estimates will be made available as they are determined.

Portland Fire & Rescue reminds residents that resources are available and should be utilized if you or someone you know suffers from Compulsive Hoarding Syndrome. According to the Mayo Clinic hoarding is the obsessive collection of items, along with the inability to discard them.

Hoarding can lead to the increased likelihood of fires as combustible items have a greater chance of contacting heat sources. Fires in hoarder houses are also more severe as the amount of combustible material is usually greater.