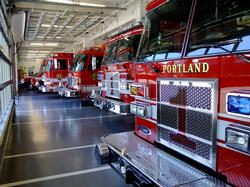 Portland Fire & Rescue has been notified by the Insurance Service Office (ISO) that the fire protection rating for PF&R will remain at Class 2.

"Despite reductions in staffing due to budget cuts, we're very pleased that we've managed to receive a score of 81.29 and retain a Class 2 ISO rating, which plays a part in reducing everyone's cost of living in Portland. Whether or not you pay property insurance directly, Portland's strong ISO rating helps to keep premiums low, and these costs affect everyone," said Fire Chief Erin Janssens.

ISO scores range from 1.00 to 100.00. PF&R needed a minimum total score of 80.00 to remain a Class 2 rated city. PF&R would need a score of 90.00 to receive a Class 1 rating, which would lower property insurance rates by an additional 5-8% (depending on construction and occupancy, according to ISO). For the property owner paying $700 a year, this equates to a reduction of $35-$56. Multiplied by Portland's approximately 220,000 structures, Portland's Class 2 rating translates into a current savings ranging from $7.7 to over $12.3 million dollars. Conversely, if Portland slipped to a Class 3 rating, people would see an equivalent increase.

Carbon monoxide alarms that were installed when the law requiring them in Oregon homes are nearing the end of their useful life. Portland Fire & Rescue would like to remind residents to be safe and replace them before the holiday season when families use many fuel burning appliances at the same time. 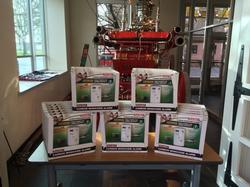 On July 1, 2010, the Lofgren and Zander Memorial Act (Oregon Revised Statutes, 90.317) went into effect throughout Oregon, requiring landlords to ensure their properties have one or more properly functioning carbon monoxide (CO) alarms in or near all sleeping areas when they entered into new rental agreements. Since then, Oregon has increased the scope of the legislation, to require landlords to install CO alarms in all their properties, regardless of lease status. Oregon also now requires sellers of any residence, including one- and two-family homes, to install CO alarms. More information can be found at: Oregon State Legislature, http://www.oregonlaws.org/ors/90.317.

Even if the law does not pertain to your specific type of dwelling, fire officials urge everyone to be safe and install CO alarms now.

Today's newer 10-year CO alarms contain non-removable 10-year batteries. These alarms provide peace of mind because the batteries do not need to be changed. Simply replace the entire alarm at the end of its 10-year life.

PORTLAND FIRE & RESCUE EDUCATIONAL OUTREACH
To help with this educational, life safety outreach, First Alert has donated 250 carbon monoxide alarms to the Friends of Portland Fire & Rescue Foundation. To see if you qualify for one of these alarms, call PF&R's Smoke Alarm Hotline at 503-823-3752.

HOW MANY CARBON MONOXIDE ALARMS DO I NEED?
The U.S. Fire Administration (www.usfa.fema.gov) recommends that homes have carbon monoxide alarms installed in a central location outside each separate sleeping area and on every level of your home. More carbon monoxide facts can be found at www.firstalert.com.

Portland classrooms took out their crayons to illustrate safety messages.

Portland students took part in a coloring contest sponsored by Portland Fire & Rescue. Firefighters visited area schools and explained safety messages students should cover, such as "Hear a Beep Where You Sleep: Every Bedroom Needs a Working Smoke Alarm," "Fire Catches, So Don't Play with Matches," and "Fireworks Facts." Students got creative and Fire Chief Erin Janssens picked the winning submissions. All the winners were awarded prizes. Here are the winning entries... 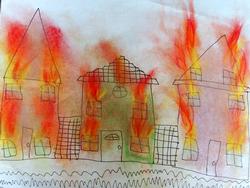 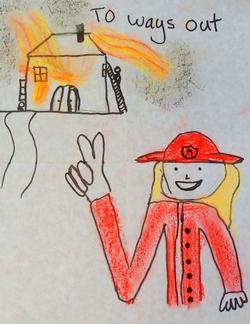 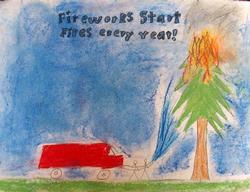 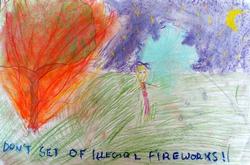 That Was Supposed to be Fun, but Now Your House is Done! 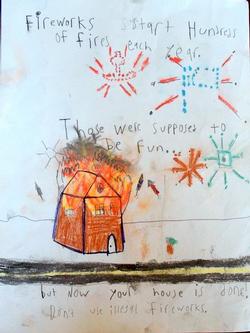 Always Have a Way Out 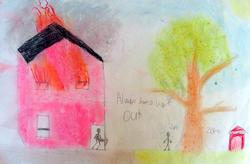 Use Battery Operated Candles Instead of Real Ones 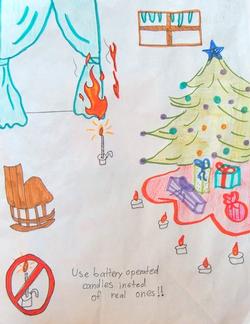 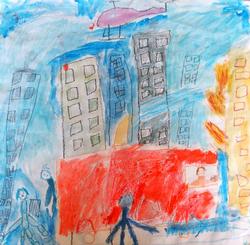