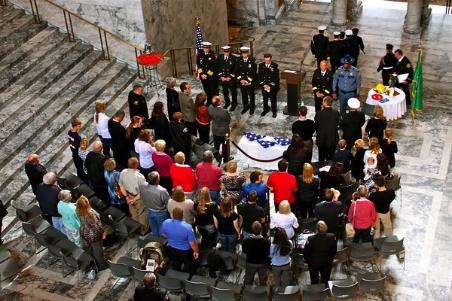 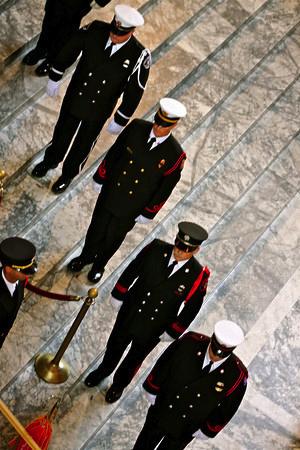 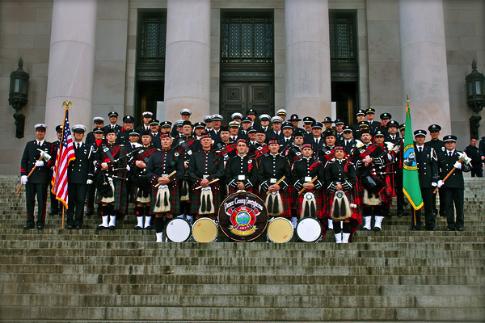 Family, friends, and firefighters from all over Washington attended the service. Members of Portland Fire & Rescue’s Honor Guard participated in the ceremony alongside Honor Guards from Washington fire agencies. Together the Honor Guards provided last honors for fallen members past and present with respect and dignity. 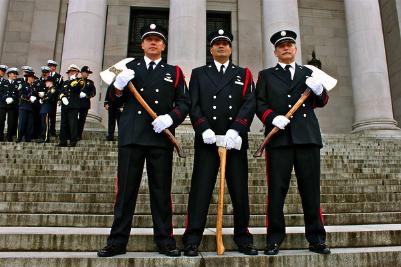 The annual memorial service coincided with the National Fire Administration Memorial Service, held each year on the first Sunday of October during National Fire Prevention Week.

Additional photos of service can be viewed here. All photos by Liz Jackson/HeroToHero.US.

On October 10, 2010, the Washington State Firefighters Association held their annual memorial service honoring Washington State's fallen firefighters and their families. The service was held at the State Capitol Rotunda in Olympia, Washington. <a href="http://www.guardstogo.com/fire-watch-services/">Fire Guards</a>