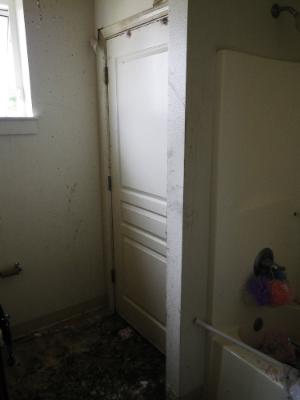 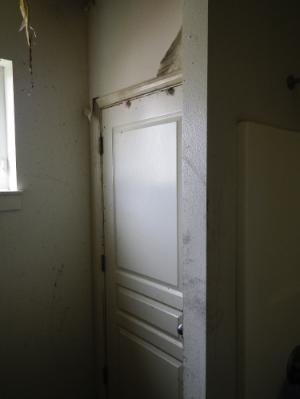 This morning around 11:45 am, a homeowner at 4616 NE Garfield in NE Portland heard a loud pop.  Upon further investigation, he saw an orange glow coming from behind a tiny closet in his bathroom. 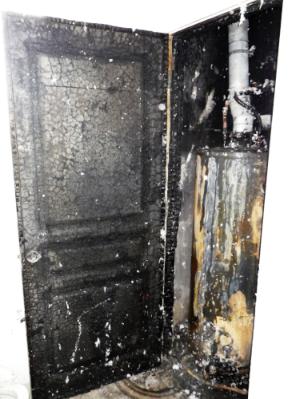 According to a Portland Fire & Rescue investigator, “Upon opening the door, the homeowner encountered fire from floor to ceiling. Because of his quick thinking and immediately closing the door, he likely saved the home and himself from catastrophe.”

The homeowner immediately evacuated the home and called 9-1-1, bringing Portland firefighters to the two story tri-plex. Upon arrival, first crews observed smoke coming from a second story window of one of the units. Unconfirmed initial reports were that a hot water heater on the second floor had started the fire. There were also initial reports of someone still inside the residence. 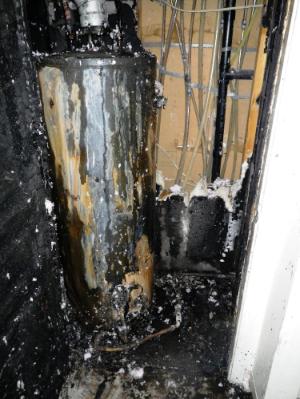 Water was quickly put on the fire before it could spread to the attic space. While crews quickly put out the fire, other fire crews were assigned to search the home for occupants. Search and rescue crews confirmed that all three units were clear of any occupants by 12:02 pm. A fire investigator has determined that the cause of the fire was due to a malfunction of the gas water heater.  The fire loss is valued at an estimated $5,000.00.

Portland Fire & Rescue reminds citizens that a closed door is often the best way to stall a fire. By closing the door, you may save yourself valuable seconds to use an alternate escape route.

Good job. How often should we check our water heaters.
We never have.
Thanks, Kathleen