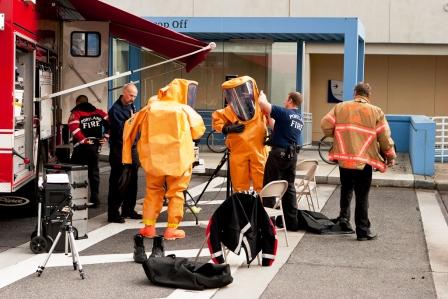 At 4:35 pm four workers at Veterans Hospital were working in the Administration and Research Building located at 3710 SW Veterans Hospital Road. One of four workers opened an envelope and discovered that it contained a white powdery substance. The workers began experiencing symptoms of burning on their skin around the face, mouth, eyes and hands. 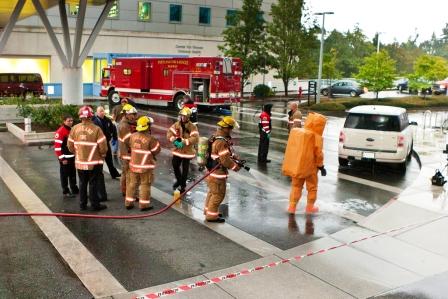 Workers immediately contacted security to come and assist. Portland Fire & Rescue was called and responded to the scene. Firefighters have isolated the four workers who were exposed to the contents of the envelope, as well as the two security personnel who responded and also experienced symptoms. They are currently going through a decontamination process. HazMat firefighters are also working to determine the contents of the package.

More information will be provided as it becomes available.

A Public Information Officer is currently on scene. Media staging is at SW 6th and SW Gaines.