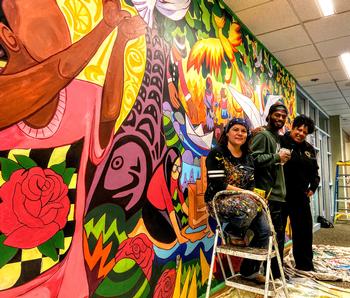 Due to our new permitting software upgrade, on February 6th & 7th there will be no Fire System (FS) Permits:

The permit center will be unable to set up, revise, issue, final, or cancel any of the above mentioned permits.

Thanks for your patience while we improve our technology.

In this video, some of Portland Fire & Rescue's Black firefighters discuss why they picked the fire service for their career.

Due to changing conditions with the Covid-19 virus and the City of Portland’s State of Emergency declaration, the Fire Marshal’s office will be closed to the public until further notice.

We are maintaining our in-person services in the Fire Marshal’s Office. We are closely coordinating with other City bureaus, the Mayor's office and other local agencies and health authorities as well as preparing our own Continuity of Operations Plan (COOP) should this situation worsen. Should our processes change, more information will be provided on our website and social media.

With mounting concerns of COVID-19/Coronavirus in our community, we want to communicate our efforts to minimize the potential for exposure at the Fire Marshal’s Office. We are now following this protocol to help our customers stay safe and healthy:

We are also counting on you, our Permit Center customers, to help us keep our facility a safe and healthy environment for everyone. We request that you:

Thank you and be well.

Current status of the fire marshal's office for the public 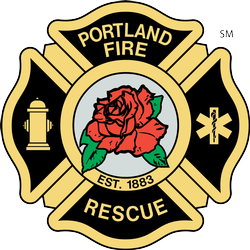 The Fire Marshal’s Office is adjusting our business operations due to the COVID-19 pandemic.

Plan review for projects with current permits will continue, but no new permit applications will be received except for projects related to healthcare, life safety, and essential City services.

Permit-related inspections will continue and can be scheduled online (www.portlandoregon.gov/fire/inspectionrequest) or via phone at 503-823-1199.

We are postponing all non-essential code enforcement inspections.

If there is anyone exhibiting signs of illness at the inspection site, please wait to schedule your inspection.

Please contact us 503-823-3770 or firemarshal@portlandoregon.gov for permit related or fire inspection questions.