Last night, both united for a worthy cause at Portland State University’s (PSU) Department of Architecture.  PSU, Portland Fire & Rescue, and the Campbell Board of Trustees co-hosted a Wine & Cheese Reception for the much-anticipated unveiling of seven designs for the Campbell Memorial Design Competition. 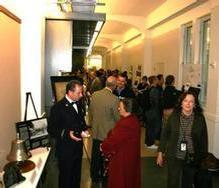 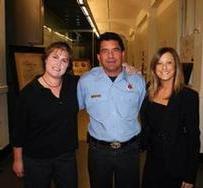 Attendees were provided with the unique opportunity to see the designs for the first time, comment on the strengths and concerns for each, and vote for their favorite three.  Over 200 ballots were returned.

During the past few months, architects who are adjunct faculty of PSU have been steadily working on their designs for a world-class memorial.  Once design selection, fundraising, and construction are complete, the memorial will honor Portland firefighters…past, present, and future.

The memorial is named after Chief David Campbell who died while fighting the Union Oil fire on June 26, 1911 and plans are to dedicate the memorial on June 26, 2011 to commemorate the 100th anniversary of his death. 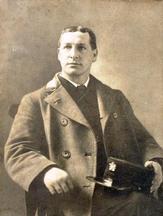 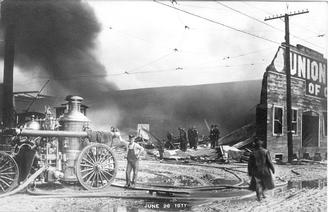 The selection committee will narrow the field down to the top three designs on October 26, 2009, with final selection being made on November 30, 2009.  To follow the design selection, fundraising and construction process, visit www.portlandfirefightersmemorial.org for updates.

The link provided at the bottom of this post is incorrect. I belive it should be a ".org" site.

Thanks Erika! I appreciate the extra set of eyes! I made that adjustment!

lol and i thought fire escape staircases and fire hydrants are only common things. jokes part, bot the firefighter do their best to aid people for safe buildings. I am a 3D Architectural Artist and do manual and <a href="https://www.virses.com">3D Architectural Renderings</a>. So I canunderstand the amount of creative work is behind those marvelous structures. Bravo!