On Wednesday, October 21, 2009, firefighters from Portland Fire & Rescue (PF&R) burned a house in North Portland for training purposes. The house was located at the intersection of North Skidmore Street and North Maryland Avenue. This training exercise is part of PF&R’s “Burn to Learn” program and provided PF&R firefighters exposure to live fire in a real residential structure.

The donated house involved in the burn is owned by Sierra Construction outside of Seattle, Washington.  Sierra Construction has donated several houses to PF&R’s “Burn to Learn” program in an effort to clear the block and provide training opportunities for Portland firefighters.  In the future, the block will be turned into a park until the economy improves and later a mixed-use building will be constructed on the site.  PF&R will stage two more burn exercises on the block before the end of the year.

Beginning at 0900 a.m., Training Officers set small fires in the house and sent in-service firefighters from Engines 10, 14, 25, and 29, Rehab 10, and Truck 25 inside to observe the behavior of and extinguish the small fires. The process was supervised by experienced, career firefighters and followed strict safety guidelines. Once the training drills were complete, the house was burned in a controlled manner. Firefighters extended lines around the house to ensure that the fire stayed confined and was kept under control at all times. The rain assisted the training exercise as the firefighters did not have to be as concerned about embers igniting any occupied houses nearby. 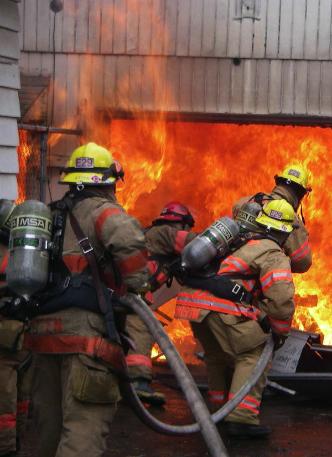 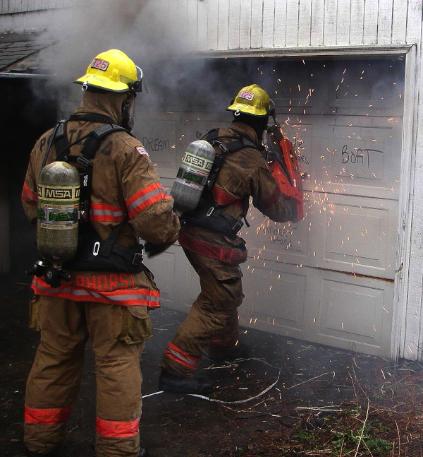 “Burn to Learn” Training exercises are critical and provide invaluable training experience for firefighters. One of the best learning environments is actual hands-on experience dealing with live fire. House burn drills allow your PF&R firefighters to learn the limits of their equipment and tactics in an instructive, non-emergency environment.  Portland Fire & Rescue conducts “Burn to Learn” training exercises several times a year.

If you have any questions about PF&R’s “Burn to Learn” training exercise or program, please contact PF&R Lieutenant Allen Oswalt at (503) 940-6003.