Members of the Campbell Board of Trustees, Portland Fire & Rescue, and Portland State University’s Department of Architecture announced Monday, October 26, 2009 the three finalists for the design of the memorial dedicated to David Campbell, Fire Chief 1893-1911, and other courageous Portland firefighters who died in the line of duty. 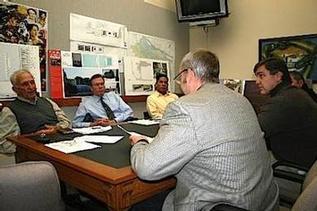 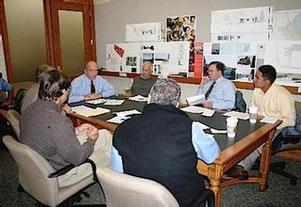 Seven alumni from Portland State University’s Department of Architecture submitted conceptual designs for the memorial, with three finalists selected by the members of the Campbell Board of Trustees.

CONGRATULATIONS TO THE THREE FINALISTS (in no particular order):

The goal of the Campbell Board of Trustees is to select a design, raise funds, and construct the memorial and dedicate it on the 100th anniversary of Chief Campbell’s death (June 26, 2011) as well as commemorate the 10th anniversary of the events of September 11th.

The current Campbell Memorial is located on West Burnside between SW 18th and 19th Avenues in Portland, Oregon.  The memorial was dedicated on June 26, 1928 and cost $35,000.  The memorial was designed by Paul Philippe Cret of Philadelphia, with Ernest F. Tucker, Architect, acting as the Portland representative.  The current memorial is showing obvious signs of age and deterioration and is unable to be restored.

All seven of the conceptual design submissions will be displayed for public viewing in the Atrium on the first floor of the City of Portland's City Hall located at 1221 SW 4th Avenue Portland, Oregon 97204 during the week of October 26, 2009.

The design submissions will also be posted on www.portlandfirefightersmemorial.org during the week of November 2, 2009.