Members of the Campbell Board of Trustees, Portland Fire & Rescue, and Portland State University’s Department of Architecture announced Monday, October 26, 2009 the three finalists for the design of the memorial dedicated to David Campbell, Fire Chief 1893-1911, and other courageous Portland firefighters who died in the line of duty.  The three finalists include:

On Monday, November 30, 2009, Commissioners Nick Fish and Randy Leonard, along with firefighter Paul Corah, met with two of the three finalists for the Campbell Memorial Design Competition.  The architects were on hand to present their designs to the Selection Committee members, answer questions and receive feedback about the strengths and concerns with the designs received from both the public feedback process and Selection Committee's review. 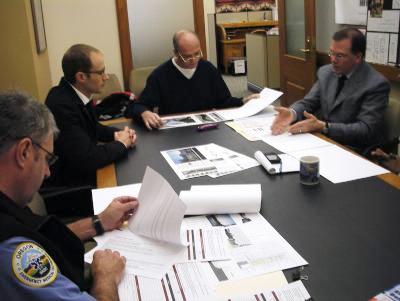 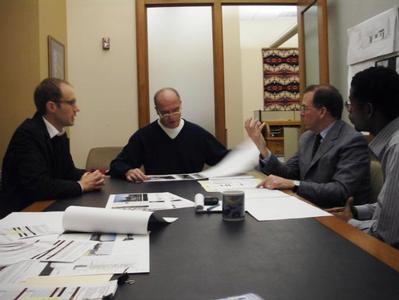 The meeting with the final contestant will take place the week of December 7th, and then the three finalists will have approximately one month to revise their designs based on the feedback received, or leave them as they are.  Final design selection is expected to take place at the end of January 2010.

For more information and to follow the design selection, fundraising, and construction process for the firefighters' memorial, visit www.portlandfirefightersmemorial.org.