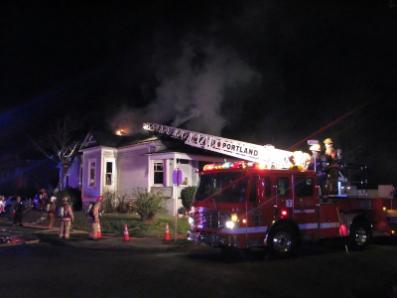 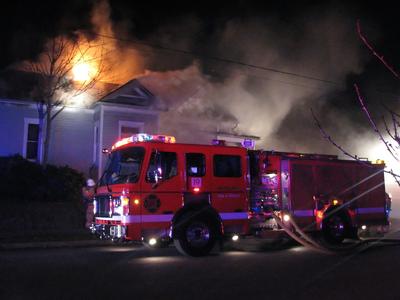 At 5:14 am, Portland Fire & Rescue (PF&R) responded to a residential fire on SE 79th Ave.  When fire crews arrived at 5:17 am, they found smoke coming from the house. Fortunately, all occupants were out of the house and fire crews immediately began an interior attack on the fire. The fire had gotten into the walls and attic of the home, which made firefighting operations difficult. The cold weather caused water sprayed on the fire to freeze, which made walking on sidewalks and the street extremely hazardous. After chasing the fire down in the attic, and having part of the roof collapse, fire crews had the fire under control at 6:22 am. 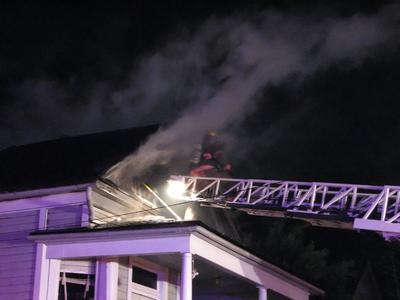 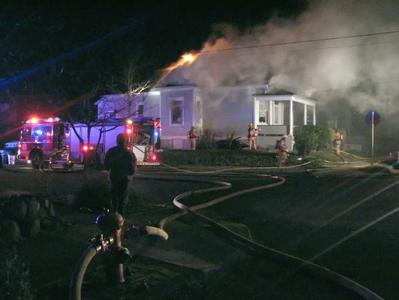 Fire investigators determined that the fire was caused by the fireplace.  Heat from the fireplace had caused the wood frame members to char over time and then ignite this morning. The residents, who had been using the fireplace as their primary source of heat over the last couple of days, hung blankets in the passageways to keep the heat in the utilized portion of the home.  The working smoke detectors were in the rooms blocked off from the fire and the residents were fortunate to escape the fire without injuries.  This fire was deemed accidental.