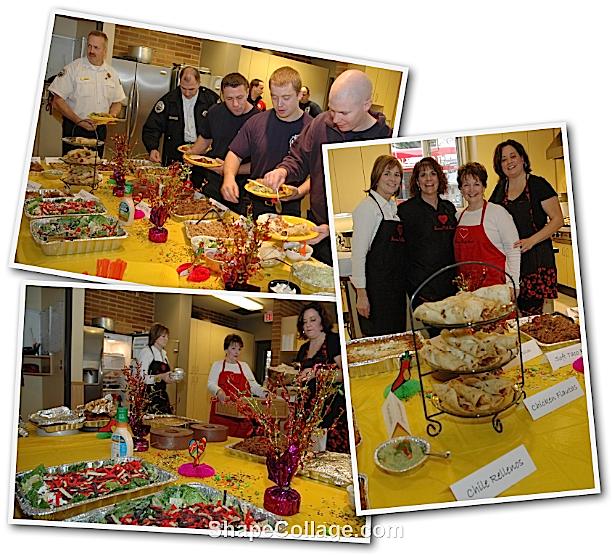 The proceeds of the auction directly benefited TIP NW. TIP NW is a national voluntary nonprofit organization dedicated to ensuring that those who are emotionally traumatized in emergency situations receive the assistance they need. To accomplish that goal, TIP NW works closely with local communities to establish emergency services volunteer programs. In these programs, well-trained citizen volunteers are called to emergency scenes to assist family members, witnesses, and other bystanders who the emergency system often must leave behind.

The Silent and Live Auction at the annual dinner included over 230 items and baskets to bid on. Emergency services groups that work alongside TIP NW volunteers such as Portland Fire & Rescue fire stations were invited to “Build-Your-Own-Basket”.  The object was to collect and fill a basket with items around a theme and offer it in the silent auction to raise money for TIP.  The emergency services group that submitted the basket that raised the most money at the auction was promised a meal cooked by TIP volunteers.

“They were very close in money raised at the auction, so we decided to combine them for the award,” according to June Vining, Executive Director of TIP.

Citizens Helping Citizens in Crisis: More Information about the TIP Program If you are involved in a traumatic event, you may experience emotional shock and confusion.  The Trauma Intervention Program (TIP) is a group of extensively trained citizen volunteers that provide emotional support to victims and their families in the first few hours following a tragedy. TIP partners with local police and fire agencies and provide 24-hour service to over one million citizens in the Portland/Vancouver Greater Metro areas. TIP has collaborated with Portland Fire & Rescue for over 17 years.

TIP volunteers are called to the scene by firefighters, and they're always available. Among other services, TIP volunteers help notify family and friends, arrange for shelter, food and clothing, and can refer you to agencies for further assistance. If you or a loved one are involved in a serious injury or illness and would like help from a TIP volunteer, feel free to ask one of the firefighters at the scene for more information.

TIP Portland/Vancouver Chapter currently has over 170 current and active volunteers who respond in pairs to an average of 150 calls per month. If you would like to volunteer with the TIP Program, visit their website at www.tipnw.org or contact June Vining, TIP Coordinator, at (503) 823-3937.

I was despondent because i had a very small penis, about 2.5 inches soft and 4 inches hard not nice enough to satisfy a woman. but none could offer me the help i searched for. i saw some few comments on the internet about this specialist called Dr Adam and decided to contact him , I decided to give his herbal product a try. he gave me some comforting words with his herbal medicine for Penis Enlargement, Within 2 week of it, i began to feel the enlargement of my penis, and now it just 3 weeks of using his products my penis is about 9 inches already,he also have medicine for building muscles,fat burner and belly fat burner,Ed,quick ejaculation,premature ejaculation,low sperm counts and more,on his website at dradamokpoko.com
contact him on adamokpoko@gmail.com   or
whatsapp +2348039715931