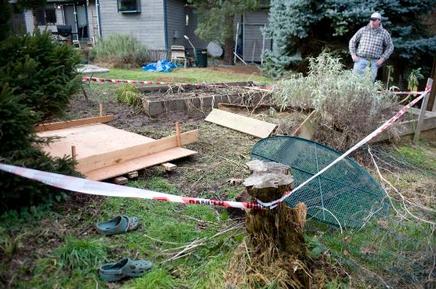 On January 16, 2010, Portland Fire & Rescue (PF&R) responded to a welfare check on SW 52nd Avenue and discovered what was later determined to be a tragic accident.  A 57-year-old SW Portland man had fallen into a 100-year-old, 35' deep cistern while gardening in his backyard.  With the water level 15' below the rim, the man was unable to escape and died.

Firefighter Justin de Ruyter was a first responder on the scene and Portland Fire's Public Information Officer that weekend.  After his experience, de Ruyter developed a new series for Fire Blog readers called "The Rest of the Story".  Through these blogs, Portland Fire will be following up on emergencies it responds to when a specific safety message can be beneficial for the public resulting from an incident.

According to de Ruyter, farmers commonly used cisterns to store water underground and used a windmill or some other type of pump to water crops and livestock.  Over time, cisterns became obsolete and were forgotten when the land was converted to residential or other uses.  Often times, cisterns were simply covered with boards and dirt.  With Portland's aging housing stock, properties have transferred; lawns, gardens, and construction have erased evidence of old cisterns; and the tops of cisterns that were not properly filled may have experienced decades of decay and weathering. 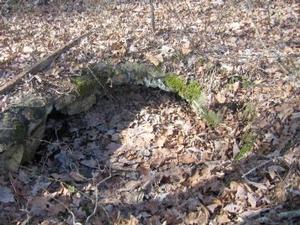 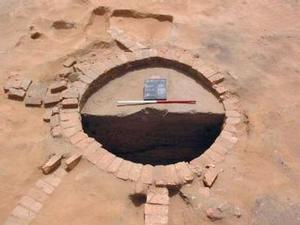 While people should not be fearful, it is important to know that old, abandoned cisterns, well pits, and septic cesspools exist in many locations and pose a rare, but serious threat to public safety.  In August 2009, a man was critically injured in Florida after falling 14 feet into an abandoned cistern in the backyard of a historic Key West home; the cistern's concrete lid was being used as a patio.  Accidents such as these may not always be preventable, but there are some steps that property owners can take to educate themselves about their property's history, including:

Stay tuned to the Fire Blog for future updates on emergency incidents and steps you can take to be informed, prepared and safe.