Just after 5:00 pm on July 29, 2009, Sean Cusack, a Trader Joe’s employee noticed thick black smoke billowing out of the top of a three-story apartment located at 424 NW 21st Avenue in Portland, Oregon.  Sean quickly called 9-1-1 and then rushed into the building, running from door to door knocking loudly and helping to evacuate residents.

Close to 65 Portland firefighters responded to the call.  The firefighters ascended to attack the fire, and other fire crews continued to evacuate residents from all three floors of the apartment complex. A second alarm was called to bring fresh crews to the scene to replace those firefighters that had been working in 105 degree temperatures on the roof and the third floor.

It was determined later that a malfunctioning light fixture in a third floor hallway of the 94-year old Roselyn Apartment complex sparked that fire that steadily grew to a second alarm.

Thankfully, all 17 residents escaped.  Two of the occupants were treated for minor medical issues related to the high temperatures and smoke. 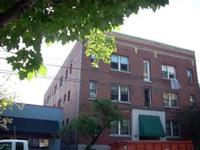 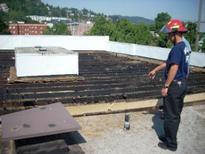 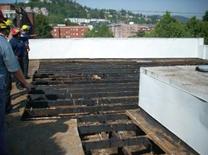 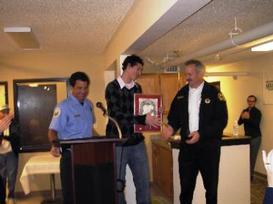 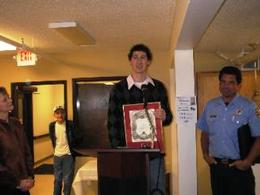 On Wednesday, February 10, 2010, Portland Fire & Rescue attended a “Welcome Home Event” for residents and helped celebrate the completed rehabilitation of the Roselyn Apartments.

Thank you Sean for your quick action and bravery in the face of adversity!