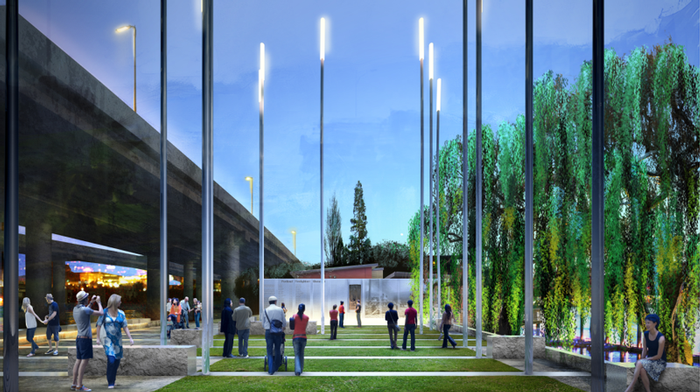 The Firefighter Memorial Selection Committee today announced the winning design for the new Portland Fallen Firefighters' Memorial. The memorial design, selected by Commissioners Randy Leonard and Nick Fish and Firefighter Paul Corah, will be built at the east end of the Hawthorne Bridge along the Eastbank Esplanade.

The two-stage design competition, held in partnership with Portland State University's School of Architecture began in the summer of 2009. A public open house held in October allowed firefighters and the general public to vote for their favorite schemes. Three finalists were selected to continue on to the second stage and further develop their designs. This January, committee members unanimously selected the design by Aaron Whelton of Whelton Architecture as the competition winner.

Whelton Architecture's design provides renewed meaning to the lives of firefighters lost in the line of duty by providing a respectful public space to reflect on the sacrifices made in service to the city. The design is an arrangement of memorial lanterns and benches in a series of parallel lines which define areas to congregate and reflect. The light levels of the lanterns will vary monthly to reflect the number of historical line-of-duty deaths during that month. 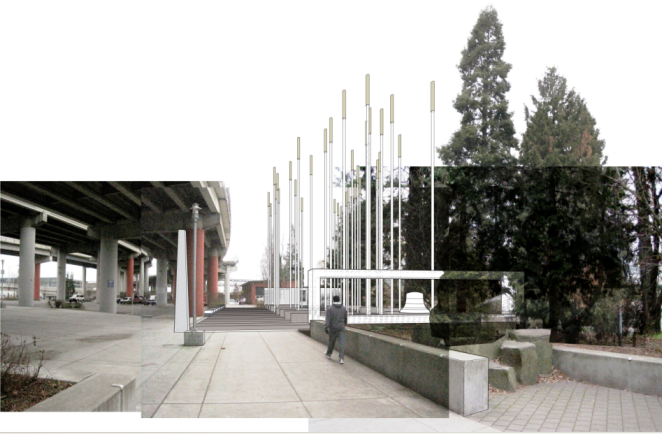 "Perhaps most powerful is the fact that when firefighters and the public gather at the new memorial site for ceremonies, we will be standing among the fallen where lanterns collectively symbolize the 36 who perished," said Firefighter Paul Corah.

According to Whelton, the selected location at the east end of the Hawthorne Bridge is significant. It will serve as a symbol that will be visible across the city and will be continuously activated by the diverse groups who populate the Eastbank Esplanade. 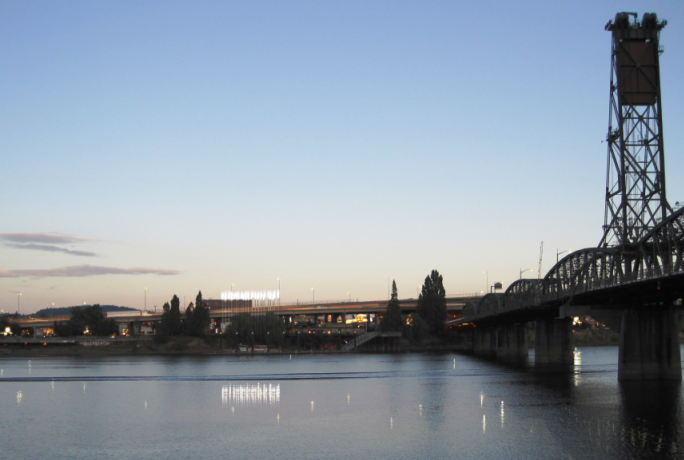 A preliminary cost estimate for the memorial's constructions is $2.4 million, which will be raised through private donations. Fundraising efforts are being led by Commissioner Randy Leonard with the goal to construct the memorial in time for a dedication ceremony on June 26th, 2011, the date of the annual service held in memory of Portland firefighters and the100th anniversary of Fire Chief David Campbell's death.

"It's an ambitious goal," said Leonard. "But I see this as a multi-generational opportunity to build a memorial that appropriately recognizes the sacrifice these 36 firefighters made and honors the men and women who put their lives on the line to protect the City of Portland every day. I believe it can be done."

Visit www.portlandfirefightersmemorial.org has additional information about the design competition and how citizens can donate to the new memorial project.