This weekend, March 13 and 14, we will all be setting our clocks forward one hour due to Daylight Saving Time. The time change is a good reminder to check your smoke alarms. According to the National Fire Protection Association, more than 66% of home fire deaths that occurred between 2003 and 2006 were in homes without a working smoke alarm.  A working smoke alarm significantly increases your chances of surviving a deadly home fire.

For years, "Change your clock, change your smoke alarm battery" was the advice from your firefighters.  New technology has changed that. Now firefighters are asking you to:

Change your clock, install a new smoke alarm with a 10-year lithium battery. 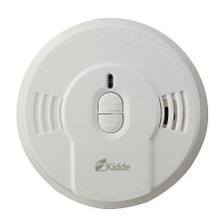 Any smoke alarm that is more than 10 years old has lost much of its effectiveness and should be replaced.  A 1998 Oregon law requires that any new smoke alarm sold or installed in Oregon must contain a lithium battery that is expected to last up to 10 years.

Never replace the battery in a new-technology smoke alarm.  Instead, replace the entire unit. New alarms are simply not designed to work for longer than the 10-year life span.

None of these features reduce the need to test every smoke alarm every month.

Smoke alarms continue to provide your best protection against dying in a fire. Most fires occur in the home and the greatest risk is when you are sleeping. Protect yourself and your loved ones by checking your smoke alarm today.  Replace the old technology with the new: smoke alarms with a lithium battery and hush feature.

Portland Fire & Rescue reminds you to:

If you qualify Portland Fire & Rescue will provide and install a smoke alarm for free! Call the "Smoke Alarm Hotline" at (503) 823-3752 for details.