You know it’s that time of year again when Irish flags are being raised, paper shamrocks dot our grocery store’s windows, and the Portland pubs begin wheeling in the kegs of beer for an Irish celebration-St. Patrick’s Day!  And although it is certainly the only holiday where folks embrace their Irish heritage by donning Leprechaun apparel, green hair or anything green for that matter that will keep them from getting pinched, it has also become an excuse to drink like a true Irish-man without being concerned with  their actions.  What I’m getting at, is although I expect everyone to go out and fully celebrate St. Patrick’s Day to their best ability, I also expect people to be responsible when it comes to the important stuff-driving under the influence and fires.  Driving under the influence goes hand-in-hand with the words; “Duh, don’t do it” but do the words fire prevention?

The Department of Homeland Security’s Federal Emergency Management Agency (FEMA) has issued a special report citing alcohol intoxication as the strongest independent risk factor of residential fire deaths. Several researchers have even found that about half of all adult fire fatalities were under the influence of alcohol at the time of the fire. 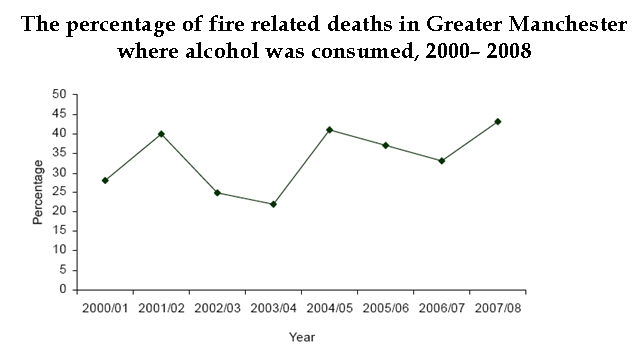 Because it can significantly alter human cognitive, physiological, and motor functions, alcohol increases the chance of starting a serious fire while at the same time reduces the chance of survival from a fire or burn injury.  Carelessness is what ultimately generates a fire.  But what prevents a fire from being put out is the individual’s unawareness of the fire’s smell, sight of the smoke or even sound of the fire alarm and slowed motor function that makes it difficult for an individual to get to safety. Chronic alcohol ingestion also exhibits equally deleterious effects by weakening the body’s defenses and healing mechanisms.  That means that even if an individual under the influence makes it to safety, studies have shown that they are more likely to die from smaller burns and at a higher rate than non-drinking burn casualties.

Now, hopefully I didn’t put a damper on your pre-planned St. Paddy’s Day festivities, but I also hope that it doesn’t come as a surprise to you about alcohol’s effect and your own responsibility.  As the old “Irish” saying goes, “An ounce of prevention is worth a pound of cure.”  So for every ounce of a nice cool Guinness you drink on Wednesday, remember to pair it with an ounce of prevention, and for certain, your pot of gold that is your life will remain full! 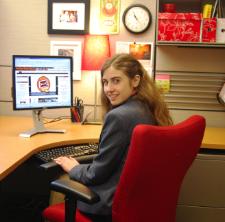 This safety blog was brought to you by Guest Blogger Cece Marshall, Freshman at the University of Arizona.  Thank you Cece!

That was such a very nice way to remind all those "ahem" Irishmen and Irishwomen out there to enjoy the celebration, but with caution.