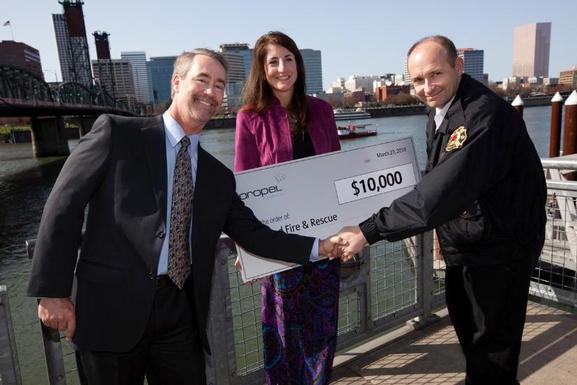 Through a live demonstration, representatives were able to see how the FLIR uses detection of thermal energy to create a "picture" assembled for video output. The “picture” will enable firefighters to “see in the dark” and greatly increase their ability to detect warm objects against a cold background.  All in all, the FLIR system will allow for quicker rescues at night or in stormy weather on Portland's waterways. 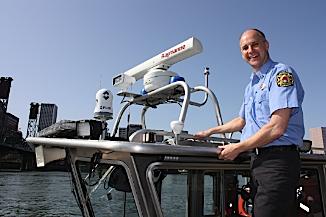 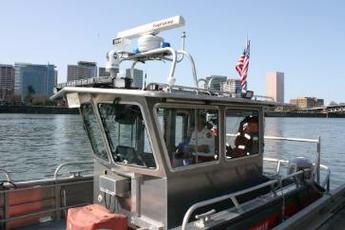 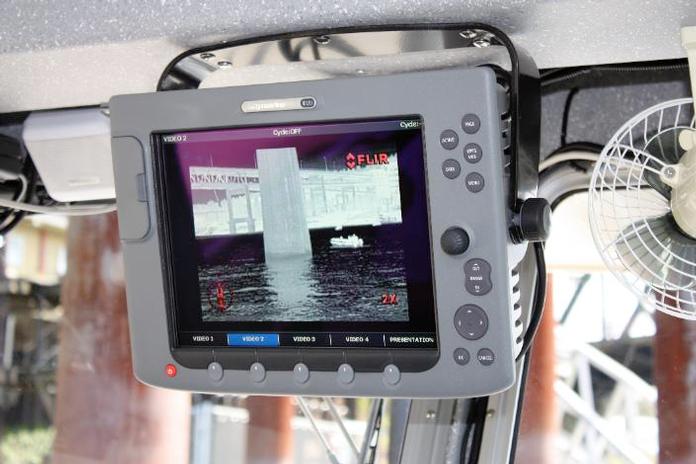 The five laptop computers, with portable screens and projectors, were also displayed for representatives.  The goal of the computers is to assist battalion chiefs and company officers in delivering useful training to firefighters directly at the fire stations.  Instead of firefighters going out of service and away from their stations for training, the training will be brought right to their stations.

To culminate the award, representatives were invited to ride-along on Portland Fire’s Rescue Boat installed with the FLIR system.

PF&R reminds you to make proper use of lifejackets when you, your family, and your friends are on the water. Did you know that the majority of drowning victims as the result of boating accidents were found not to be wearing a Lifejacket? Assign and fit each member of your onboard team with a Lifejacket-prior to departure.

That's good news. Firefighters really need that kind of technologies for them to do their duties and protect people lives and properties.
http://rogercollinsagency.com/