On the afternoon of Saturday, March 20, 2010, firefighters from Tualatin Valley Fire and Rescue (TVF&R) responded to a nearly 100 year old large barn about two miles north of the Bethany neighborhood. When TVF&R firefighters arrived, they reported flames spilling from the windows and doors of the 40 foot by 126 foot barn.  As the barn began to collapse in on itself, TVF&R determined this was a defensive fire and the focused changed on protecting nearby structures.

Firefighters from Portland Fire & Rescue and Hillsboro Fire Department responded as well to the scene to provide additional emergency response support.  The firefighters from the three fire agencies coordinated efforts to pour thousands of gallons of water on the fire and protect nearby structures.

When fire agencies provide emergency response and protection support to one another such as the situation described above, it is called “Mutual Aid.”  Portland Fire & Rescue currently participates in mutual aid agreements with all fire agencies bordering the City of Portland including the Port of Portland Fire Department, Vancouver Fire & Rescue, TVF&R, Clackamas County Fire District #1, Lake Oswego Fire Department, and Gresham Fire & Emergency Services. The goal of mutual aid is to lend or receive fire protection and emergency medical services assistance across jurisdictional boundaries. 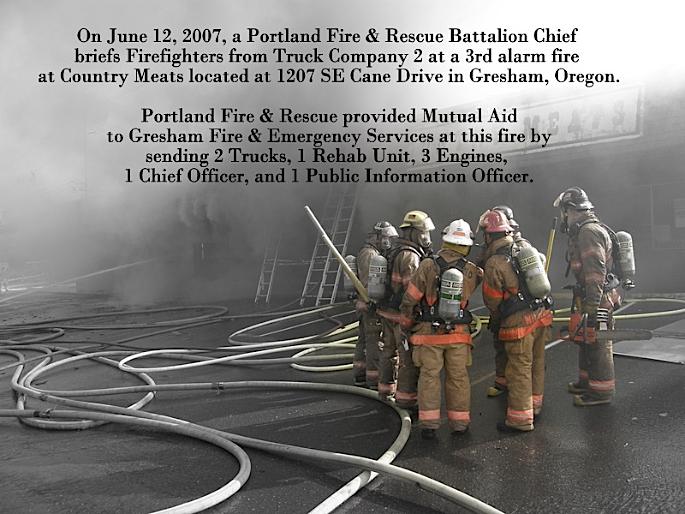