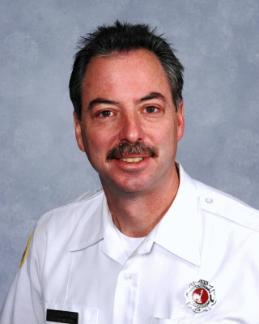 Portland Fire and Rescue's (PF&R) Public Education Officer, Don Porth, will be honored today, April 8, 2010, by Liberty Mutual Insurance. Porth is being recognized for his 25-year career of putting out fires before they start through educational programs for Portland families. Porth will receive the Liberty Mutual National Firemark Award for Public Education and Community Service and a $10,000 grant in recognition of his accomplishments. Liberty Mutual National Firemark Award winners are chosen from a pool of nominees who received local awards from a Liberty Mutual office in their community throughout the year. Porth, who has held the positions of firefighter, juvenile firesetter specialist, public education officer, and fire inspector, was honored locally in 2009, and was selected from more than 150 local winners for the national award.

Perhaps most noteworthy among Porth's accomplishments is his creation of the Historic Belmont Safety Learning Center and Fire Museum, a converted historic firehouse where residents can learn about fire safety and prevention. With more than 27,000 visitors since launching, Porth's Safety Learning Center and Fire Museum features an interactive fire engine ride, in which visitors buckle up in a real-life cab and look through the window as the vehicle responds to simulated emergencies. Porth also chairs the Metro Injury Prevention Coalition and manages SOS Fires, an educational website focused on juvenile fire setting intervention.

He plans to use the grant to support the Jeff Morris Fire and Life Safety Foundation, a major partner in Portland Fire and Rescue's educational efforts.

Where: The Historic Belmont Safety Learning Center and Fire Museum, located at 900 SE 35th Avenue (at Belmont), in Portland

Who's Invited: Media and general public 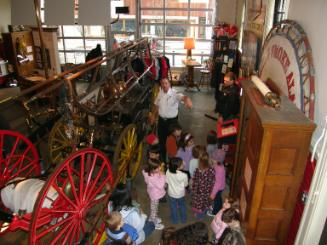 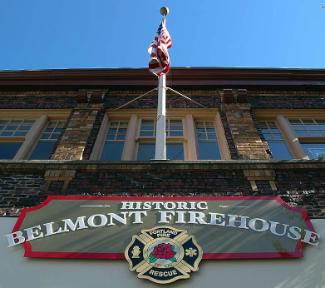 About the Liberty Mutual Firemark Award

The Liberty Mutual Firemark Award is presented annually to U.S. firefighters who best represent their communities through courageous acts and who best demonstrate the firefighter's selfless spirit. The award takes its name from the firemark, a leaden plate in the form of a Phoenix rising from the ashes, which American fire offices in the 18th and 19th centuries used to mark all the houses they insured. The firemark stood as a guarantee to all fire brigades that the insurance company that insured the house in question would reward handsomely the brigade extinguishing a fire on the premises.

Fire agencies and local residents can nominate a firefighter for a local Liberty Mutual Firemark Award at www.befiresmart.com, an educational website created by Liberty Mutual for parents, children, educators, and firefighters, featuring engaging videos, lesson plans for teachers, and interactive games on fire safety and prevention.

'Helping people live safer, more secure lives' since 1912, Boston-based Liberty Mutual Group is a diversified global insurer and fifth-largest property and casualty insurer in the U.S. based on 2008 direct written premium. Liberty Mutual Group ranks 86th on the Fortune 500 list of largest U.S. corporations, based on 2008 revenue. The company has over 45,000 employees located in more than 900 offices throughout the world. Liberty Mutual has more than 1,000 employees in 15 offices in Oregon, including locations in Portland and Lake Oswego.

The eighth-largest auto and home insurer in the U.S., Liberty Mutual sells full lines of coverage for automobile, homeowners, valuable possessions, personal liability, and individual life insurance. The company is an industry leader in affinity partnerships, offering car and home insurance to employees and members of more than 12,000 companies, credit unions, professional associations and alumni groups.