Six heavy squads from around the region participated in this drill.  They included: 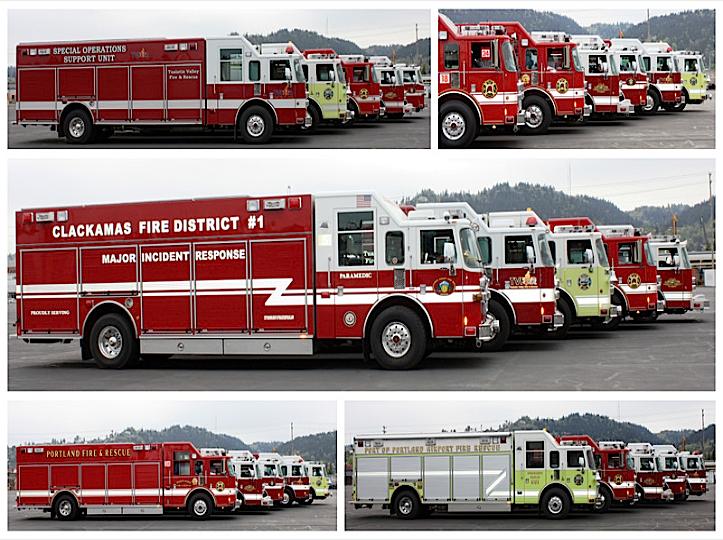 While the six Heavy Squads have a similar cash of CBRNE response equipment, each squad carries a unique cash of equipment that is specific to a response specialty. For example, Squad 24 located in North Portland is specially equipped with gear and equipment to respond to marine emergencies.  Squad 72 located in Gresham has specialty equipment for confined space/rope rescue emergencies.  In the event of a major CBRNE incident in the region, these squads would be tasked to respond and work together to deploy resources such as emergency VHF communications, medical care points, CBRNE detection equipment, and emergency decontamination sites.

During the three-day drill, the Heavy Squad teams worked alongside one another to familiarize themselves with newly acquired emergency medical equipment, set up fully functional medical care points (including tents, generators, lights, heaters, and medical equipment) and understand how to best utilize VHF Repeater communication equipment.