Two pets were in the house.  One is missing and one is confirmed deceased.

Photos are attached of the fire.

Portland Firefighters responded to a house fire at 631 NE 63rd Ave.  The call came in at 7:48 pm.  Engine 19 arrived at 7:51pm to find a single family home with heavy smoke showing from the front of the building.  A live power line had burned through and fallen onto the street.  Residents of the home were out front with burns caused by the house fire.

Firefighters discovered two fire victims; both were male in their 30's.  One victim had moderate burns and one had minor burns.  Both victims were transported to Emanuel Hospital. The fire was brought under control at 8:16 pm.

A fire investigator is at the scene and the fire's cause is under investigation.  Updates will be posted as they become available. 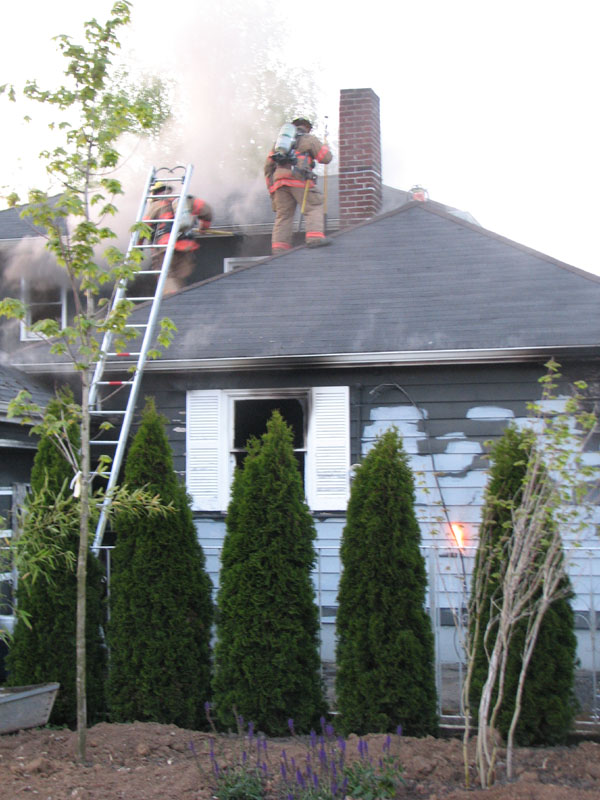 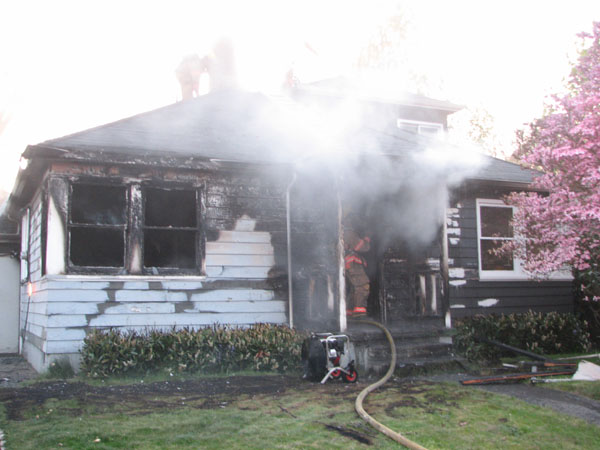 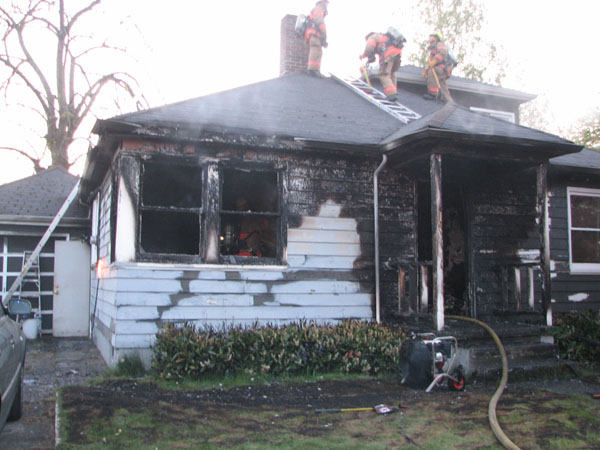 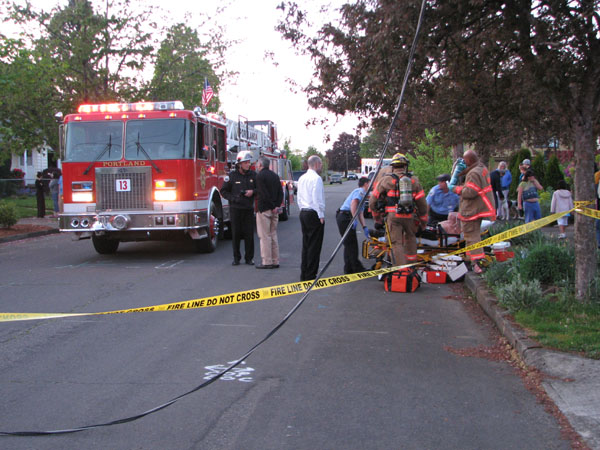