Fire broke out tonight at the Eastside Foursquare Church at 97th and Sandy Blvd. Firefighters were dispatched at 7:15 pm and even before they arrived they reported a large column of smoke in the area. When crews arrived at the scene they reported thick smoke coming from the second floor and the roof area of the building.

A second alarm was called for at 7:24 pm because more firefighters were needed to fight the fire. The structure is a large two story wood building with several large rooms in the upstairs portion. As crews were inside fighting the fire they report lots of thick smoke and high heat conditions. As they advanced attempting to locate the seat of the fire flames erupted from the roof of the structure.

Fire Investigators are onscene and have begun an investigation into the cause of the fire. They and firefighters will been working on the fire building through the night and into tomorrow.

About 70 firefighters were called to fight the fire. 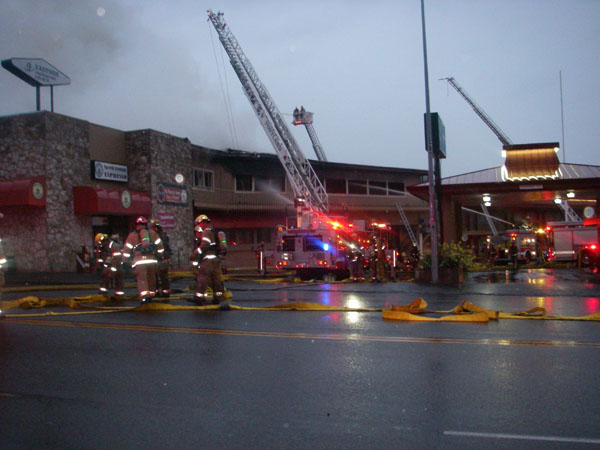 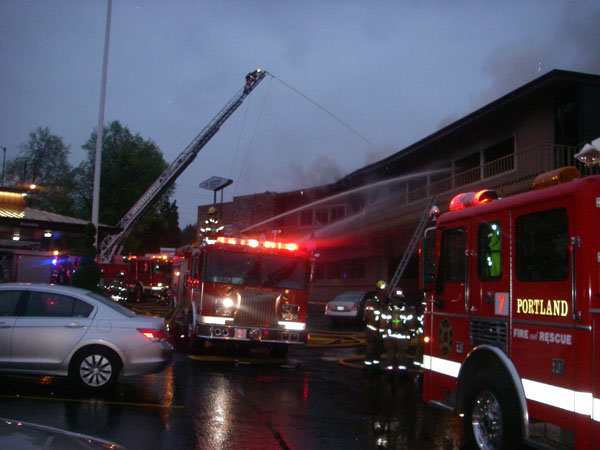 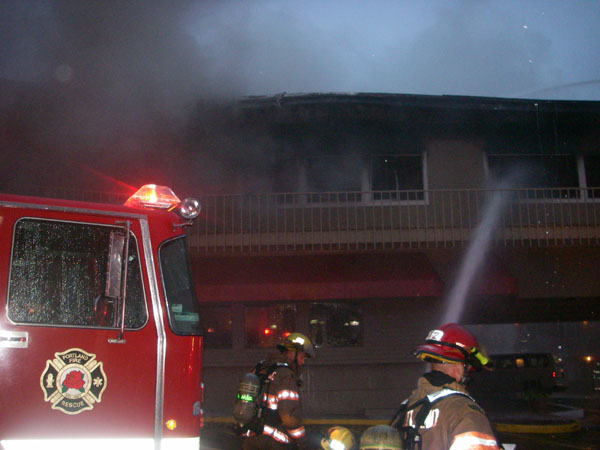