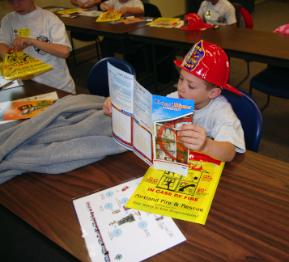 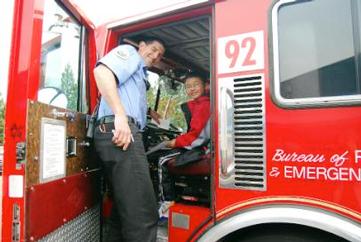 At PF&R we believe it's never too early to start recruiting future firefighters.  On Thursday, April 22nd PF&R held Bring Your Student to Work Day for employees at our Training Center.  This year 77 students (age 5 - 14) participated.  This event was sponsored by PF&R, PFFA Local 43, and the Fire Chief's Association. 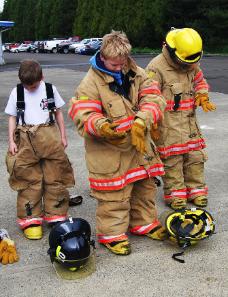 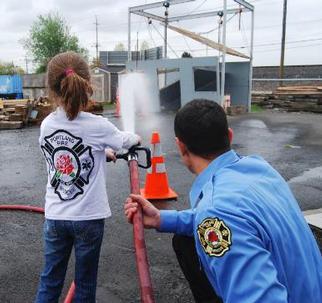 There were six different activity stations including:  viewing a fire engine, riding in a fire engine, spraying water at a ball, knocking a fire hat off a cone with a fire hose, trying on and walking in turn-outs, and finding a "hose baby" in a maze.  Each student received a map and placed a sticker on the map at the completion of each activity station. 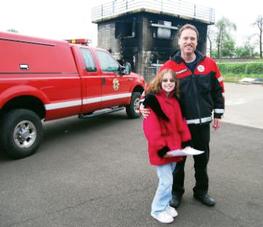 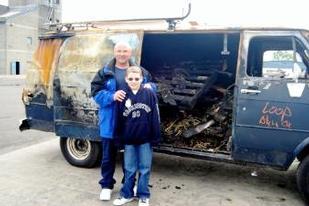 Station 2 put on three live demonstrations including a standpipe evolution, a vehicle extrication, and a vehicle fire.  At the conclusion of the activities, PFFA Local 43 cooked and served a BBQ lunch for all.  Each student received a fire prevention goodie bag and fire chief helmet from the Public Education Office.