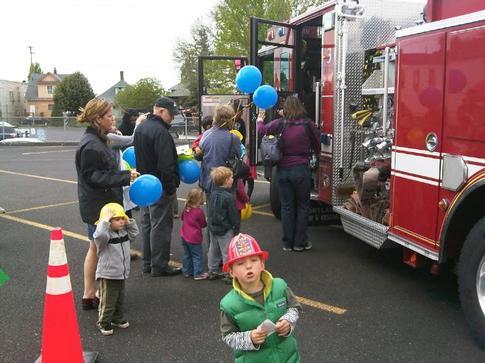 Station 3’s truck and engine alternated their time at the event to insure that emergency response needs continued to be met.  Held in a large parking lot, the event included tents, where kids could get hats, stickers, and balloons.   Firefighter Segui reports that they had a continuous line of kids waiting to climb through the engine’s cab and find out what it’s like to sit behind the wheel of a real fire engine.  Thanks to Station 3’s B-shift truck and engine crews for making the party a big success. 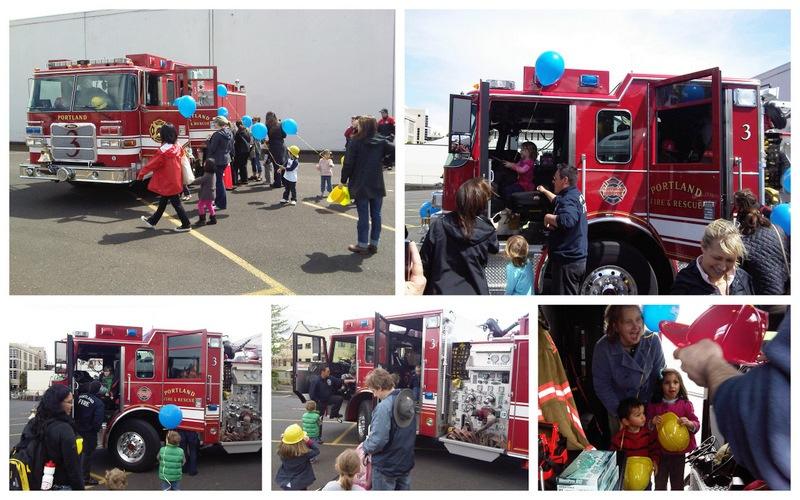