Through the Years | PORTLAND FIRE & RESCUE

Firefighting in Portland, Oregon boasts many proud traditions with a long and storied history. Each era has presented its own challenges for firefighters. Prior to 1910, firefighters worked seven-day weeks with 12 hours off per week and operated from horse-drawn fire apparatus until becoming fully motorized in 1920.  In 1930, the Portland Fire College was established to standardized training and increase professionalism in Portland’s fire and rescue efforts. During the war years between 1940 and 1945, 50% of the trained firefighting force entered the military service.  And beginning in the 1950’s, Portland Fire experienced a modernization shift that reconfigured the fire department’s operational plan. In the late 1960’s, complex equipment and new technology began changing for the better as well; lightweight hose and hose couplings, full-protection helmets, and self-contained breathing apparatus significantly changed the fire service. 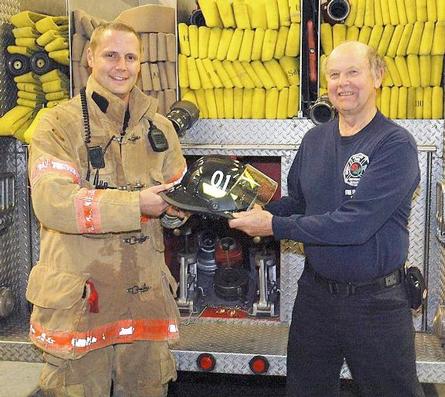 Part of Portland Fire & Rescue’s (PF&R) important history is our most senior member, Firefighter Averitt Reed.  Firefighter Reed was born in 1941 and joined the fire bureau in August 1965 in his early 20’s.  Reed has served beneath 10 Fire Chiefs, and given close to 45 years of service, working 44 of those years at Station 1.

Compare Firefighter Reed to PF&R’s most junior member, Firefighter Josh Haupt.  Firefighter Haupt was born in 1977 and was hired at PF&R in March 2010.  Haupt is part of PF&R's future and has given almost three months of service compared to Reed’s 44 years of service!

Firefighters Reed and Haupt may have entered the bureau during different and changing times, but they are trained, prepared, and expected to respond to fires and medical emergencies with the same professionalism, courage, and compassion.  Although times may change, Portland Fire’s expectation of our firefighters to provide efficient and effective services to the public and deliver high quality emergency response hasn’t wavered over the years.

Hello;
I live in PDX next to a "Green Space" (off of Skyline in NW). I am a former Professional FF turned FF/EMT-P, turned Flight Nurse. I am (rather belatedly) considering putting in a Stand Pipe on my property and would like it to be compatible with PFB's Gear. I am looking at obtaining about 100' of 1 1/2" line, a high pressure/fog nozzle and most importantly any fittings or adaptors that I might need to make it compatible. Any info or assistance would be greatly appreciated.
Thanks;
R. Jones
Portland, OR