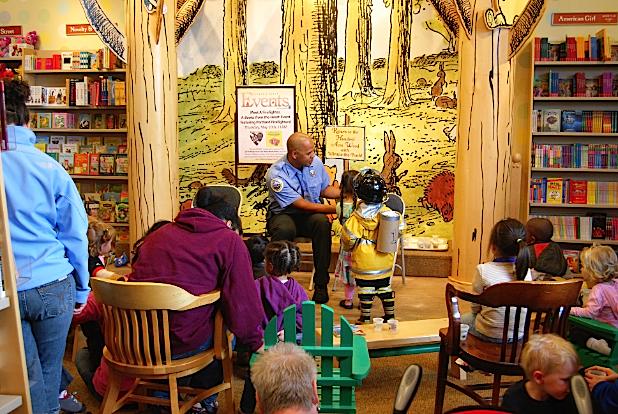 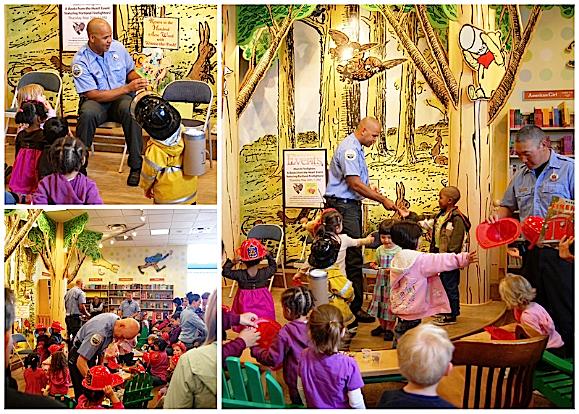 With a captive audience of about 40 kids and parents, Firefighter Hopkins read a Curious George book about firefighting to the children.  Afterwards the firefighters answered questions about being a firefighter and then handed out stickers and hats, and posed for photos.  You’d have to be there, but these kids mobbed the firefighters like teenage girls at a Beatles concert – they are rock stars!  The firefighter's biggest fan?  A 3-year-old boy dressed in full firefighter gear including an air tank strapped to his back that his dad had made for him. 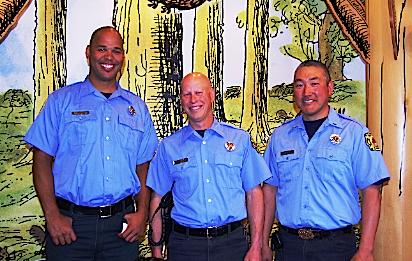 Special thanks to Barnes & Noble for hosting this event, to the parents and kids who participated, and to Station 13 Firefighters for being role models to our kids.