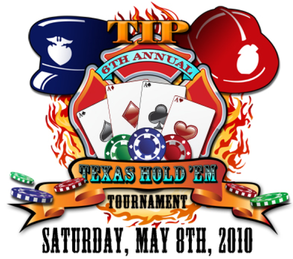 The tournament raised $9,000! The proceeds will directly benefit TIP NW.

TIP NW is a national voluntary nonprofit organization dedicated to ensuring that those who are emotionally traumatized in emergency situations receive the assistance they need. To accomplish that goal, TIP NW works closely with local communities to establish emergency services volunteer programs. In these programs, well-trained citizen volunteers are called to emergency scenes to assist family members, witnesses, and other bystanders who the emergency system often must leave behind.

How Did the Chips Fall?

Great prizes were given to the TOP 10 finishers and a trophy was awarded to the team with the most points. Most noteworthy?

Check out the rest of the results below! 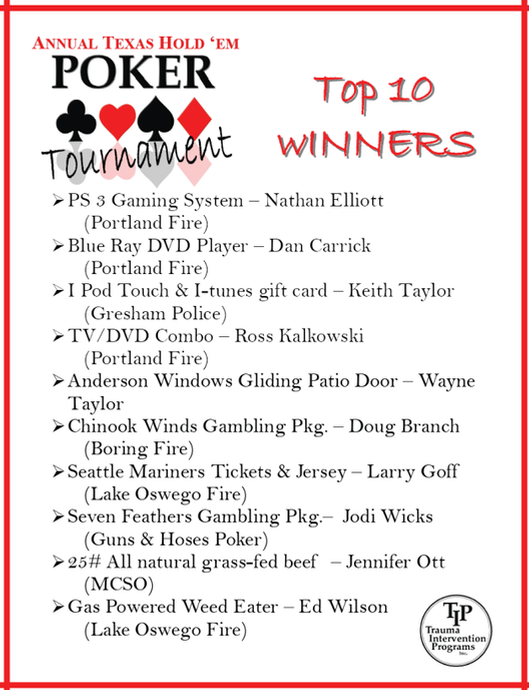