Lone Fir Cemetary, located at SE 26th and Stark, is the final resting place for many of Portland’s historic residents. Established in 1855, Lone Fir is Portland’s oldest existing cemetery and reads like a history book on many levels, from pre-settlement days to today.  It is also the site of the Portland Firefighters' Cemetary. 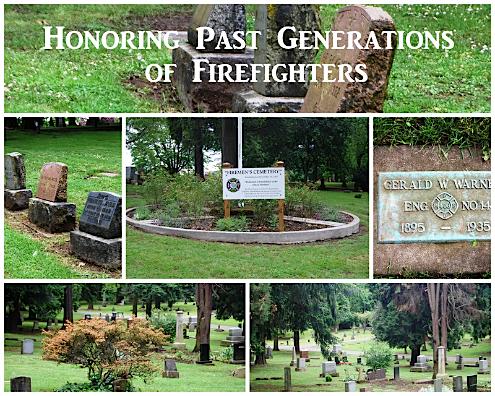 Periodically, firefighters from Station 9 clean up and maintain the portion of the cemetary reserved for firefighters whose final wish is to be buried there.  The cemetary contains about 50 firefighters' graves and Station 9 considers it a privilege to honor those who spent their lives in service to the Fire Bureau and City of Portland.  On May 25, the firefighters hoisted a flag on the flag pole to honor past generations during this Memorial Day weekend.