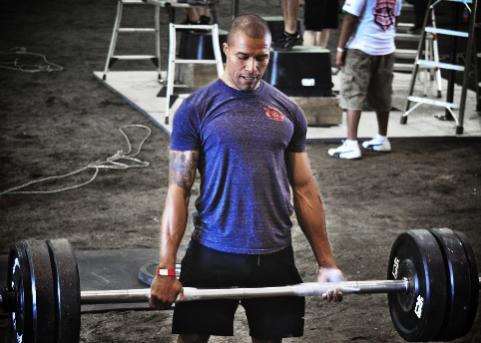 The CrossFit Games are the ultimate test of fitness. It's a grueling two-day competition in which the world's fittest athletes compete in a variety of workouts. What are the workouts? Each year they change, and the details of them are not announced until a couple days before the event. This means that all year long, the athletes are training for a competition whose format is almost completely a mystery.

One of those athletes is Portland Fire Inspector Jerome Perryman.  Perryman competed in the Northwest Regional CrossFit competition on May 15-16th in Puyallup, Washington. Perryman placed first in the Axel Deadlift competition.

The Axel Deadlift was one of four workouts in the competition and Perryman completed 36 repetitions of 303 lbs in 90 seconds to take first place.  He placed second in the Men’s Overall Competition, earning a trip to the 2010 CrossFit Finals which will be held in Carson, California from July 16 – 18.  Only the top three male and female finalists from five states advance to the finals.  This is his second year of competition.

Perryman reports that he has been CrossFitting since Spring 2007 and it has changed his life in many positive ways.  For one, the workouts are constantly varied.   In any one workout, one could do Olympic lifting (i.e. powerclean and jerk and snatch), long and short distance running, 20 ft. rope climbs, kettlebell work, high and low repetition lifts, and that's only to name a few. 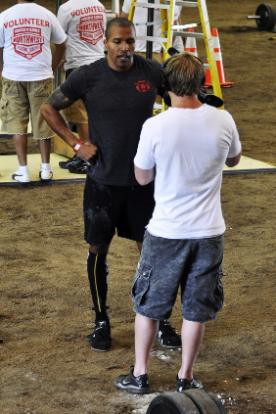 CrossFit was originally designed for the “combat athlete” - to train soldiers, law enforcement officers, and firefighters.  Perryman is passionate about CrossFit and its merits and says,

“My hope is that one day

to help them in the

longevity of their jobs

as firefighters and in life.”

You can check out more information about CrossFit at http://games2010.crossfit.com/.  Click here to view footage of Jerome competing in the Northwest Regional competition.

Portland Fire & Rescue wishes Jerome the best of luck in the 2010 CrossFit Finals - all 746 of us will be cheering him on!

Way to go Jerome! Your excellence is spreading the word! =)